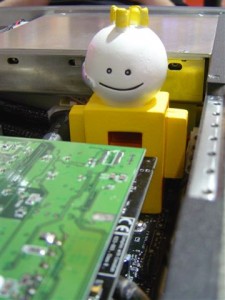 So the New York Times finally picked up on what’s been the talk of the PR blogosphere over the last week — the now-famous leaked (5000+ word!) agency briefing memo about Wired magazine’s Fred Vogelstein. (Maybe there is some validity to the notion that blogging begets MSM?)

There’s not much more I can add to the voluminous online conversation except to say, Big Deal. The creation of a briefing memo in advance of a media interview is so SOP — even in an age where command-and-control is seen as some sort of insidious act of contrition.

Sure, one can’t overlook the irony of Wag-Ed creating a memo to exert some control over a story on “Channel 9,” the Microsoft blogging network that fosters a sense of de-control, e.g., transparency at the once evil empire.

“One comment on [Wired editor] Mr. Andersonâ€™s blog said the most striking thing was that Waggener Edstrom spent hundreds of hours on controlling the message, but that one wrong keystroke seemed to have trumped the agencyâ€™s efforts. It concluded, ‘On one hand, you have 3,500 rank-and-file bloggers creating good will for an embattled company. On the other, you have a few highly paid P.R. guys burning that good will as fast as their retainer.'”

Sure that keystroke was unfortunate, but even so, there’s nothing nefarious about preparing an executive for a media interview. We certainly provide reporters with background information to help them do their jobs. We would be professionally derelict to not do the same for our clients’ end of the journalist-newsmaker equation.