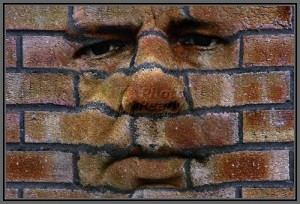 What happens when your old-fashioned PR agency, I mean publicity shop, sets up the interview, and then walks away hoping for the best? And what happens when the interviewee, a newspaper gossip columnist, is incongruously asked about his employer’s increasingly vital digital business strategy?

The answers can be found in Jeff Bercovici’s Mixed Media blog today on Portfolio.com. In the post, the ever-astute Bercovici recounts the exchange between George Rush — one half (literally) of the Rush-Molloy dishing duet — and Judith Regan, a frequent subject herself of the columns. In it, Mr. Rush pontificates on just how his boss’s boss’s boss Mort Zuckerman expects to monetize the New York Daily News website. (BTW, this blogger helped Mr. Zuckerman with the PR chores during his acquisition of that NYC tab.)

In the interview, Mr. Rush suggested that the Daily News might wall-in some of the newspaper’s web content in a pay-per-play scenario not unlike The Times‘s TimesSelect. That latter experiment was discontinued in September resulting, in part, in record increases of visitors to NYTimes.com. Perhaps Mort wasn’t paying attention, but all trends are pointing to a free (better search-optimized) content model driven by commensurate increases in ad revenue.

Even the owner of Mr. Zuckerman’s arch rival has plans to tear down the pay wall at the Wall Street Journal (to ostensibly open up the visitors’ floodgate).

As for George Rush, whom I know and admire, why don’t you give me a call and we’ll talk through how to navigate those sticky wickets. Don’t let your agency leave you in the lurch like that again.