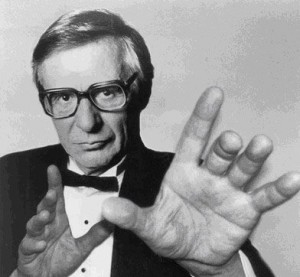 Adding to the endless stream of end-of-the-year lists is Variety’s 10 “Stories That Never Happened.” These wayward predictions are instructive for PR types who often are tapped for their instincts in divining how trends and “the conversation” can affect the business or reputational fortunes of a person, product or enterprise.

Several that caught my eye (and were subjects of this blog over the last year) involved Mel Gibson, “Snakes on a Plane,” and Katie Couric:

“Mel Gibson’s career is dead. After his DUI arrest, anti-Semitic outburst and attempts at redemption, some well-known industry figures declared they wouldn’t work with him — nor should others. Then speculation abounded that Disney would drop “Apocalypto.” Then there was the further consternation over Gibson’s Diane Sawyer interview: Was he really repentant? But “Apocalypto” opened at No. 1 at the box office. And even though biz has dropped off considerably for the pic, it’s hard to blame that on Gibson’s exploits and not other factors like competition and whether holiday audiences really wanted Mayans literally pulling at each other’s heart strings.”

“Internet marketing will drive the box office. “Snakes on a Plane” was to be the wave of the future, proof that the online confederation of Internet movie geeks could not only determine what makes a movie a hit but even guide its content. Even AintItCool.com’s Harry Knowles said, “New Line began listening to media misperception that they had a hit in the bag because the Internet was behind them.” No one is saying the Internet doesn’t play an important role in opening a film these days, but it is not the only thing, and the lackluster biz for “Snakes” proves it has its limits. Or that pre-release overkill can make people sick and tired of something they haven’t even seen yet.”

“Katie Couric revolutionizes the evening news. Amazing interviews, commentaries and personality. Plenty of personality. After touring the country in advance of the most-hyped debut in recent memory, Couric has hardly reshaped the evening news business, or even redefined it. Rather, her broadcast has proven to be more like — well like the news was when Bob Schieffer was anchor. Nor has there been a ratings shift. Given the glacial pace of changing viewing habits, more can happen over time, but Couric has proven the limits of how much you can really change a broadcast rooted in the 1960s. Likewise, her departure from “Today” may have created a brief opening in the morning, but Meredith Vieira has proven a seamless replacement and the competitive landscape in the morning is largely unchanged.”

May all your predictions and prognostications come true in 2007.