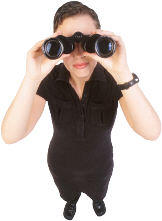 Since I’ve known her, PR Week chief Julia Hood has kept her finger on the pulse of what’s new and soon-to-be new in the PR biz. I was therefore pleased to see that she corralled author, columnist and master citizen journalist Dan Gillmor to serve up a regular column in the weekly trade mag.

A year ago, while reading Gillmor’s prescient book, We the Media, on the rise of the citizen journalism movement (and its implications for PR pros), I had an epiphany of sorts. Gillmor outlined a utopian communications model wherein enterprises engaged and dialogued with key constituencies in a completely transparent manner. Those who disregarded citizen media risked having their reputations, products and services sullied in the microcosm called the blogosphere and often in turn, the mainstream media.

Gillmor’s vision and the real-life examples he cited was a wake-up call for me, and probably many other PR pros charged with advising corporate or institutional leaders. Not only do managers need to pay closer heed to the voices of their disparate citizen stakeholders, but they would be much better off by opening up their kimonas to engage them. The question is: how far?

Certainly the corporate scandals of the 90’s ushered in a call for sweeping changes in corporate governance. Transparency became a rallying cry. The advent of citizen-created media (“the sixth estate?”) has had a positive affect in hastening companies’ desire to be less opaque.

Even so, Microsoft, with its estimated 2000 bloggers, is now looking at the renegade “mini-Microsoft” and probably thinking enough is enough.

Transparency is an ideal, but is too much transparency really a good thing? Aren’t there valid regulatory, competitive or even safety reasons for not opening the curtains too wide? Can a motivated individual pressure an enterprise to divulge information once considered proprietary, and thus profit from it?

PR Week’s readers will derive tremendous value from Mr. Gillmor’s thoughts on citizen-created media and their growing influence over the evolution of a news story, (e.g., it’s no longer top-down). After all, the movement has greater implications for our industry than perhaps any other.

Still, for those who have worked through a sticky issue with the “C Suite” and general counsel of a publicly traded corporation, complete transparency remains an ideal whose time may or may not, should or should not come.