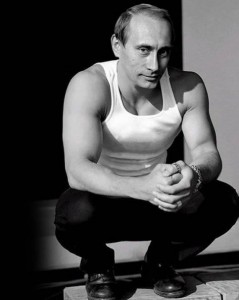 My wife and I recently had dinner with a friend who’s one of the nation’s top real estate executives. In addition to consulting, she’s taught her professional calling at Harvard Business School, Columbia, Yale, etc. Anyway, during the course of the conversation, she named Brazil,China and Russia as the markets experiencing the biggest real estate booms right now.

We all know about China, and Brazil certainly is understandable, but Russia? How can a country that has shunned democracy, and its most redeeming tenet — freedom of the press — flourish from a Western-style economy? In fact, the increasingly menacing dictator Putin just banned the BBC from the public airwaves labeling the esteemed news organization “propaganda.”

And let’s not forget about that nation’s practice of locking up dissident journalists in psychiatric institutions, or worse, using covert death squads to eliminate them once and for all. (I wonder if I’m putting my life at risk by posting this?)

Come to think of it, China also has embraced a market economy, yet has shunned America’s First Amendment while doing so – though not to the same degree as Moscow. Today, the AP moved a piece on a new government-sponsored TV series titled “Believe in Made in China” produced for Central China Television’s economic channel. (Gee, George, that Armstrong Williams endeavor sure seems to pale in comparison.)

The first 90-minute segment of the multi-part series featured the head of a quality watchdog criticizing the recent furor over the quality of Chinese exports as “demonizing” China’s products.

“‘Personally, I believe it is new trend in trade protectionism. Although recalls are necessary, it is unfair to decide that all products made in China are unqualified,’ Li Changjiang, director of China’s General Administration of Quality Supervision, Inspection and Quarantine, said on the 90-minute segment.”

I’m not sure what all this says about PR, except for the fact that, for better or worse, we rely on a free and open media to consider (and hopefully report) our clients’ points-of-view. Government control over that media, while good for enterprises and institutions touting the government line, is bad for democracy, but apparently less so for capitalism.