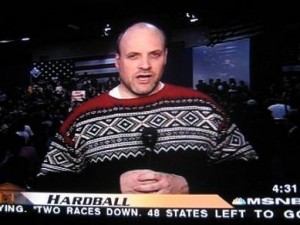 No. I won’t make an issue out of it. After all, how many variations have we seen on this blog’s namesake — Flackette, FlackLife, Canuck Flack, Jack Flack, etc.

Maybe political strategist Howard Wolfson (pictured) is getting me back for taking him to task for the mismanagement of the Clinton campaign. Yes, I know he blamed Mark Penn.

Chances are he’s not even aware of my lowly blogspot blog, or that he’s even pilfered its name. I doubt I have any legal recourse for his blatant brand theft, even though my blog has been up and running for three-and-a-half years (versus his three-and-a-half weeks).

Still, do you blame me for being a bit miffed by the hubris of Mr. Wolfson. Could it have been the same hubris that sank Hillary’s campaign?

Why couldn’t The New Republic call it Wolfson’s Revenge or Howard’s End? Certainly sounds better than The Flack.