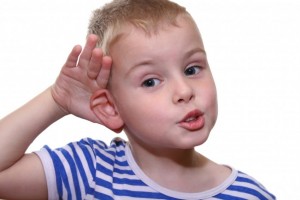 One of the topics that surfaced during the roundtable I moderated yesterday on “social media and communications” at the Real-Time Communications Conference in New York revolved around blogger engagement – to do or not to do.

Now the digital pundits will invariably advise anyone who’ll listen, to always engage a disgruntled blogger no matter how far down the long tail he or she may reside.

But some in the group — from relatively PR-savvy enterprises, I might add – were surprisingly resistant to engaging bloggers at all. (Did I need to remind them of the Comcast repairman, Jeff Jarvis’s problematic PC or the mortified Motrin mommies?)

Several of the PR reps for consumer-facing enterprises even said that taking time to engage bloggers was often a waste of time. For others, it wasn’t a matter of recognizing the value of using dialogue to neutralize a potential issue percolating in the blogosphere, but rather one of having sufficient internal resources to do so. It’s simply not scalable for most in-house PR departments.

To make matters worse, the current economic climate is not exactly propitious for adding staff to one’s communications department no matter how potentially deleterious these online forces can prove. I mean even Google is trimming staff, for God’s sake!

But wait a second. If I were to guess the area that holds the most promise for gainful employment in the PR-sphere, it would likely fall under online community management. Companies like Dell, Comcast, Pepsico, Ford and many other forward-thinking enterprises have added and empowered staffers to listen, analyze and engage, on their behalf, in the online conversation. It’s a relatively new, but increasingly vital job function.

Business Week this week profiles Comcast’s Frank Eliason, the person behind the @comcastcares moniker on Twitter. And who isn’t following (or being followed by) Ford’s Scott Monty or Dell’s Richard Binhammer?

As for the issue of scalability, IBM’s manager of social media communications Adam Christensen explained during our recent PRSA panel that his employer encourages and nurtures all employees, not just PR, to engage in the social graph. And thousands do.