Whitney Houston’s untimely demise produced all sorts of fodder for those following the machinations of the media and marketing worlds. Here’s a topline starting with a tweet from Mashable’s Pete Cashmore:

@petecashmore Twitter Breaks News of Whitney Houston Death 27 Minutes Before Press RT @mashable From the Mashable write-up: “Twenty-seven minutes before mainstream media broke the news of Whitney Houstonâ€™s death on Saturday night, the story was on Twitter, reported by a man who tweeted the news out to his 14 followers.” 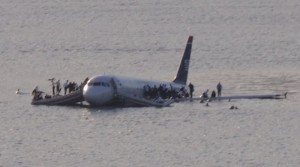 Of course, Twitter broke the news. Mainstream journalists are neither omniscient nor omnipresent. Didn’t some randoid in Pakistan unwittingly raise the first red flag when he tweeted about those helicopters hovering over Osama Bin Laden’s hideaway? Or wasn’t a man-on-the-street first to observe and tweet Captain Sully Sullenberger’s miraculous landing of a jetliner in Hudson River? Get used to it.

As for the mainstream media, the AP’s “official” tweet of Ms. Houston’s sudden death was itself re-tweeted some 10,000 times, which is not too shabby by anyone’s standards. Maybe AP’s new social media editor Eric Carvin now has the ammunition to convince his bosses to lighten up and get in on the Twitter thang, which we’ll be discussing Tuesday (2/14) in a session titled “Socializing the News.”  You can watch a live webcast here starting at 12:15pm ET.  Topsy Media reported:

Whitney’s death also helped the Grammy Awards oust the Super Bowl telecast as the mayor of all socially driven TV programs. Some 31 million people commented on the telecast. On the BostInno site, Bluefin Labs crunched the numbers:

“Super Bowl XLVI enticed people to leave 12.2 million social media comments about the game. I abstained because it hurts to type when youâ€™ve chewed your fingernails off in anticipation. And then, just a week later, the Grammy Awards trumped the record set by those who watched the second worst Super Bowl ever. Thirteen million comments were made about the 54th annual ceremony, which represents a 2,280% increase from the year before.”

If your keen on the second screen phenomenon (and in NYC this week for Social Media Week), try to stop by Hearst Tower on Thursday at 10am to hear a session I helped organize called “The Dawn of Companion TV.” An executive from Bluefin Labs will be joined by execs from HBO/Cinemax, Bravo, Umami TV, and GetGlue in a panel moderated by Natan Edelsburg of Lost Remote, which keeps tabs on all things social TV. 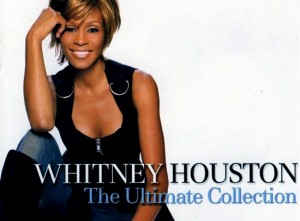 Finally, on a more sobering note — not that Whitney’s passing could be any more sobering — we learn that within 30 minutes of her death, SONY Music raised the prices for her music from iTunes to Amazon.   Here’s how VentureBeat led with its piece titled “Shameful…”:

“As much criticism as record labels receive for how they treat artists, Sony Music might take the cake. The company pulled the ultimate in shameful activities this weekend by raising the price on Whitney Houstonâ€™s Ultimate Collection album on iTunes and Amazon within 30 minutes of her death on Saturday.”

Wouldn’t SONY have gained so much more by reducing the price of its Whitney Houston catalogue? Instead, the company, which has had its share of problems in recent years, will have to face the music once again for having a tin ear.