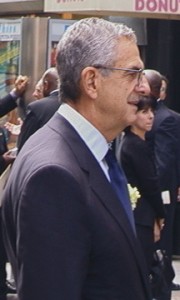 Ken Auletta takes a look at the world of New York PR man Howard Rubenstein in a lengthy, well-researched (and some might say fawning) feature that appears in this week’s issue of the New Yorker. I spoke with Ken about Howard and had mostly complimentary things to say.

After all, who can argue with Rubenstein’s top ranking on the short lists of the rich & famous hoping to quell scandals played out in New York’s media playground? From Ken’s piece:

“For some of the most prominent New Yorkers (and some of the dubious ones as well), Rubenstein…quietly helps control the damage and put the best gloss on their disasters: the marital blowup, the business implosion, the humiliating defeat.”

The continued success of Mr. Rubenstein — and his legendary (if not self-effacing and self-aggrandizing) press relations and political influence peddling — is all the more impressive given the sea change sweeping over the PR industry. (No, I still wouldn’t choose his firm to build a social media program.) But, perhaps his tried-and-true brand of PR validates the saying that more things change, the more they stay the same?

Whatever the case, he’s squarely on the radar of the city’s beleaguered movers and shakers, just as Edelman is on the radar of digitally aspirant enterprises seeking social media solutions. (Is it a coincidence that both firms frequently end up as part of the stories they’re brokering?)

For those representing the bold and beautiful, the PR challenge lies less in gaining media access, and more in parlaying that access into a redeeming business result. What was Donald Trump’s net gain from his exploitation of Rosie: bigger ratings for “The Apprentice” or media-induced ego gratification?

For those of you who rep clients that lack that celebrity “je ne sais quoi,” you’re the ones who deserve a profile in the New Yorker. But of course, it’s those famous-named and branded clients — and the deftness with which their PR firms craft a public association with them — that can drive a firm’s long tail of new business.