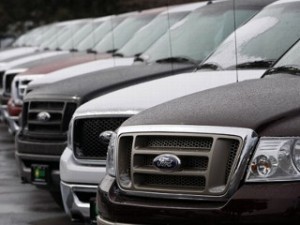 There are many reasons why Ford has hit the skids, but one that holds resonance for me stems from a recent incident involving my fourth (and current) Lincoln. Why a Lincoln? I think it has to do with brand loyalty, and the fact that my former agency used to represent the automaker.

My loyalty extends across many branded products. When I changed agencies, I switched toothpastes from Crest to Colgate, colas from Pepsi to Coke, and back when I was a smoker, cigarette brands from Winston to Marlboro.

With regard to my leased Lincoln MKX, the dealer offered me a choice of sunroof or roof rails. I chose the latter, since my #2 son car-tops his dinghy sailboat to regattas. On one recent excursion, one rail ripped from the roof almost causing the sailboat to fly off on the highway. It didn’t, but the broken rail put a nice gash in the roof of my crossover.

I notified the dealer who agreed to replace the rails, but refused to pay for the dent in the roof (for which he said I would be liable). Huh? I decided to call “faceless” Ford customer service, which informed me that Ford is not responsible for the rail unless it had a manufacturer’s defect. I asked the rep what weight the rails were designed to hold. Duh. He’d get back to me. Two days latter he had an answer: 100 pounds. The boat weighed 80. The rails failed. He didn’t budge. I asked for a supervisor.

Sherri called three days later and said that a regional rep would inspect the car and make a decision. A week passed, and this morning she called. Ford will not pay to repair the dent that its failed roof rail created. It’s the dealer’s responsibility and since the dealer is independently owned, Ford washes its hands of the matter. “It’s not covered under the warranty.”

Over the weekend, I started to read my friend Rohit Bharagava’s new book Personality Not Included in which he derided this very sort of behavior from what he termed “faceless” companies. He asked, where would you direct your anger if stuck on a plane sitting on the tarmac for seven hours: to the harried stewardess or to the airline?

Well, Ford, your refusal to pick up the relatively small fee to fix the dent has cost you a brand loyal customer. I will never again buy or lease a Ford product. DUMB COMPANY.

UPDATE: July 16 – The Lincoln dealer called yesterday to say that it would repair the damage on my MKX’s roof. Thank you Ford customer service.