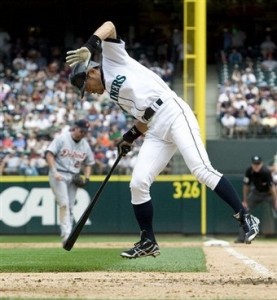 In a recent conversation with a prospective client, I probed her interest in using social media to advance her company’s business goals. She immediately answered that it’s already being done. Her proof: the success they’ve had pitching bloggers for product mentions.

I paused, and gently suggested that pitching bloggers actually resides in the realm of traditional PR. I mean it’s no different than crafting a viable story angle and trying to hook a mainstream journalist to cover it, right? It’s top-down, command-and-control client message delivery.

Now if she said she had created a company blog or Twitter account, or even commented on other blogs (or Twitter feeds), then we’re talking. These tactics may be the easiest points-of-entry in the social media ecosystem. We can then graduate to conversation mining, analysis and engagement, better organic and paid results on Google, digital video on YouTube, and community-building on Facebook, etc.

Still, pitching stories remains a core competency at every level of PR. There’s value in one’s ability to effectively articulate a client’s news or POV so that it elicits editorial interest — both online and off. This is why so much attention is given to the art and science of media engagement, a subject that also has produced its share of media angst.

Last night, I had the opportunity to spend time with PR pros and bloggers Kevin Dugan and Richard Laermer at a well-attended reception in NYC celebrating the third anniversary of their blog — the aptly titled, always entertaining, and occasionally depressing Bad Pitch Blog. Amidst the din of the evening’s revelry, Kevin and Richard shared their thoughts about PR pitching, Michael Arrington, and Christopher Anderson in this audio clip (RT: 3:18). Take a listen.