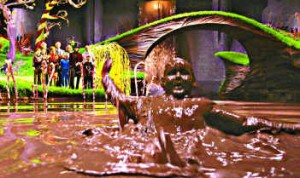 We all know about monitoring and mining the online “conversation.” All the big agencies, many of the digital-minded boutiques and quite a few PR vendors offer products that purport to keep real-time tabs on how a company’s product, service or reputation fares in the true court of public opinion.

The real skill, however, lies less in capturing the qualitative and quantitative aspects of your brand’s buzz — important steps indeed — but more in what to do about the information after you’ve collected it. Creating or managing viral buzz remains the holy grail, if not a pipe dream, for marketers.

London-based ad/marketing reporter for the International Herald Tribune Eric Pfanner today reports in sibling paper The New York Times on one company’s curious reaction to the online conversation about one of its discontinued products — a conversation in which the company apparently played no role fomenting.

Cadbury Schweppes stop making its Wispa chocolate bar four years ago due to flagging sales. Ten days ago, after the noise on FaceBook and YouTube reach a threshold, the company took action:

“After nearly 14,000 people joined ‘bring back Wispa’ groups on Facebook, the food conglomerate Cadbury Schweppes announced on Aug. 17 that it would reintroduce the candy bar in October.”

The story validates what Citizen Marketers and Creating Customer Evangelists author Ben McConnell had to say at the Community 2.0 Conference I attended last year. The point, of course, is that no one created anything here. The story germinated organically from the citizenry, which in turn catalyzed an operational response:

“‘This is the first time that the power of the Internet played such an intrinsic role in the return of a Cadbury brand,’ the company said.”

Personally, I think Cadbury should be commended for its listening skills. Even so, now that the company is resurrecting its beloved brand, can (or should) it also reclaim the marketing stewardship thereof?

“Maybe, said Mr. Heiselman of Wolff Olins, ‘it took discarding the brand for people to really want it. This is a good example of consumersâ€™ owning the brand, versus the corporation.'”