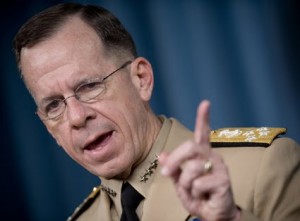 This assessment of America’s efforts to counter extremist Islamist ideology comes from Admiral Mike Mullen, chairman of the Joint Chiefs of Staff (pictured above). He astutely notes that deeds, not words, have the greater capacity to sway hearts and minds:

Yet, as we examine the health care reform debate in this country, the right wing insurgency’s use of inflammatory language has actually succeeded in influencing the court of public opinion.

The other evening, Bill Maher took the Democrats to task for their use of less-than-inspiring lexicon to advance this most vital piece of legislation. He derided them for their misguided expectations that milquetoast phrases like “single payer” or “public option” will serve as a rallying cry. They pale however in comparison to “death panels,” “socialism” and “Nazism,” which we all acknowledge have blunted the prospects of real healthcare reform in 2009. 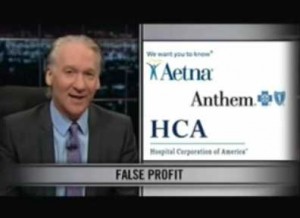 Adm. Mullen asserts that language alone rings hallow. What’s needed are tangible actions to drive the discourse. In the case of Iraq and Afghanistan, I imagine the documentation and dissemination of images of workers constructing new schools, roads, housing and hospitals might suffice for starters (as opposed to distributing leaflets, by-liners and fabricated media placements.) Restoring these nations’ cultural heritages is another area ripe for exploration.

Domestically, the Republicans and those anti-American Blue Dogs advanced their POVs on healthcare by using both language and their own faux brand of action. Sadly, the combo of Luntz and LaRouche-inspired language with made-for-TV theater has made for a most effective and combustible communications strategy.