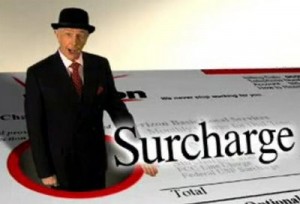 A day doesn’t go by without the financial services or pharmaceutical industry taking it on the chin. Both were summarily called to the carpet this week for their profligate behavior — Wall Street for bonuses and big pharma re: drug cost givebacks.

Yet relative scant attention is given to the one industry whose transgressions may even more pervasively hit home for the American consumer. I’m talking of course about cell phone carriers. Could it be that their lobbyists in DC are more effective in thwarting any real examination of their anti-consumer behavior?

Several weeks ago, my favorite gadget guy David Pogue ranted on this anti-consumer theme in such a way that any user of these services, e.g., you and me, had to feel total outrage. Mr. Pogue wondered why the politicos were focusing on the Google-iPhone flap and not on the gouging of Americans with mobile fees that simply don’t make sense. Pogue penned:

“Frankly, there are many other, much more whopping things that are broken, unfair and anticompetitive in the American cellphone industry.”

He then proceeds to list them. He followed up by glomming on to one especially irksome practice by the mobile carriers.

“Over the past week, in The New York Times and on my blog, Iâ€™ve been ranting about one particularly blatant money-grab by American cellphone carriers: the mandatory 15-second voicemail instructions.”

He encouraged his readers to stick their heads out the window and shout they’re not going to take it anymore. His clever “Take Back the Beep” campaign actually incited the cell phone crowd to contact their greedy carriers, and it provided individual company email links for them to do so. His campaign call was clear:

“These messages are outrageous for two reasons. First, they waste your time. Good heavens: itâ€™s 2009. WE KNOW WHAT TO DO AT THE BEEP.

Do we really need to be told to hang up when weâ€™re finished!? Would anyone, ever, want to â€œsend a numeric page?â€ Who still carries a pager, for heavenâ€™s sake? Or what about â€œleave a callback number?â€ We can SEE the callback number right on our phones!

Second, weâ€™re PAYING for these messages. These little 15-second waits add upâ€“bigtime. If Verizonâ€™s 70 million customers leave or check messages twice a weekday, Verizon rakes in about $620 million a year. Thatâ€™s your money.

Putting David Pogue’s noble campaign aside, the inspiration for this post was how one MAJOR cell phone service provider — the one that’s especially popular between DC and Boston — reacted to his first rant. Yes, we’re talking Verizon Wireless (VZW), and for the life of me, I couldn’t figure out what their PR department was thinking.

Could this have been the company’s first course of action to set the record straight? To make matters worse, the letter somehow skirted Mr. Pogue’s specific criticisms. It did manage to rattle off some positive industry facts, but again, none that directly addressed the rant. Here’s the opening:

The wireless sector of the high-tech industry shines as one of the few bright spots in the nationâ€™s economy. Competition has driven massive investment, continueous innovation by wireless companies and our many corporate and entrepreneurial partners, and lower consumers prices.

Despite this amazing American success story, a few vocal critics, including your paper, have leveled highly misleading charges at wireless companies.”

Perhaps the company did try to contact Mr. Pogue, but felt unrequited? Or maybe the choice of recipient was an advertiser message, if you get my ring tone. Be that as it may, I suspect that VZW doesn’t have adequate answers to Mr. Pogue’s legitimate questions. The company thus chose to go to Pogue’s boss’s boss’s boss, and I bet all they got was a busy signal (for which, hopefully, they were charged).