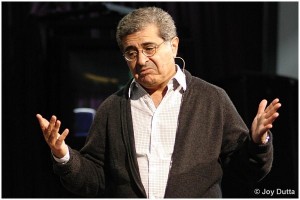 Two months ago, as Sun Microsystems held a buzz-making, but inconsequential presser in Second Life, that company’s CEO dropped a post on his blog asking the keeper of all things Reg FD to allow the Java maker to break material news on its weblog(s). He reasoned that news releases are anachronistic, and frankly, not very effective. (Hey! What about those social media releases?)

I haven’t followed Jonathan Schwartz’s call for action that closely, except for the fact that the MSM finally noticed once the SEC chimed in …weeks after Schwartz first posted. It does appear, however, that a hybrid approach, e.g., a combination of a paid wire-distributed release (and its posting on one’s website and other social media outlets), augmented by a first-person elaboration from the company CEO, is the current mode for making material news (by the digitally cognizant enterprise).

Case in point: Nasdaq: YHOO. Just before Thanksgiving, a senior executive at the challenged Sunnyvale company let leak the now infamous peanut butter memo in which he aired the company’s dirty laundry, e.g., Yahoo’s spread too thin, albeit in a rah rah tone intended to rally the troops. The memo didn’t exactly achieve the desired result (especially after the blogospherical pundits got hold of it). At the time, Yahoo’s CEO was relatively low key about the whole sticky mess.

Last night, he finally piped in with a blog posting that followed the issuance of a news release announcing a major re-org at the world’s # portal. The posting itself falls pretty squarely in the CEO command-and-control variety, albeit with a brief allusion to that unfortunate (but perhaps galvanizing) memo:

“Now, I know what you’re thinking â€” this is all about peanut butter. Actually, we’ve been orchestrating this plan for a number of months as we envisioned the next phase of growth for the Internet.”

Expect some to weigh in that Mr. Semel didn’t stray too far from the legally and semantically vetted “script.” I am not one of them. As CEO, it is his fiduciary obligation to command-and-control…AND to dialogue. To the last point, his weblog, unlike Google’s, allows for public comments. Let’s watch today as those comments grow, and monitor whether they precipitate a two-way conversation with Mr. Semel. I hope so. (Now just don’t forget about your employees, as noted by paidcontent.)