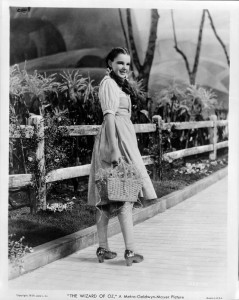 The outcome of today’s vote in Kansas to adopt “intelligent design” in its schools will ripple through the curricula-design trenches of the nation’s public education system.

The many interest groups involved on both sides of this Darwinian issue are not waiting for the verdict to come in. In the typical double-speak to which we’ve grown accustomed these last few years, Casey Luskin, a spokesperson for the cleverly named Discovery Institute, the drivers of I.D. (whose website nefariously looks like National Geographic’s ), had this to say: “Under these standards students will learn more about evolution, not less.”

On the other side of the argument, the Campaign to Defend the Constitution, launched an email campaign to espouse its point of view. Its PR firm is Fenton Communications, which is probably the top firm in the industry for left-of-center cause-related advocacy. (Think Cindy Sheehan, Greenpeace, moveon.org, etc.) Whatever your political leanings may be, Fenton is a first-rate firm schooled in the most cutting-edge PR techniques. (DNC, are you paying attention?)

Even so, some days it feels like we’re all living in a surreal dream. I read yesterday that the makers of the popular doll American Girl are under attack — no doubt by backers of Intelligent Design — for supporting a 140-year-old non-profit organization called Girls Inc..