As the cool kids are “freaking out” over the Lytro camera, here’s a neat little stop-motion video courtesy of BitRebels (HT Steve Farnsworth).

With emails suffocating many inboxes, here’s a wearable creation to keep track of the madness. (via Launch):

A Scottishman in New York 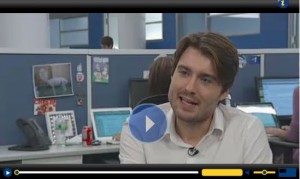 Simon Mainwaring via David Armano tweets our attention to this Google+ music video:

In case you were out of town the last couple of weeks.  (I mean really out of town.) Here’s a clip in which the now famous (and transformative) Siri disses an iPhone 4S owner (HT Nick Bilton via Google+) Also, love the SiriLogs Twitter feed, which is another take on this meme.

It may not be the iPhone 5, but Apple is putting its marketing muscle behind Siri.  Here’s the first TV spot for the 4S. Pretty soon we’ll be seeing a Saturday morning cartoon about her!

iPhone Though the Ages

A video history of the iPhone via CNET UK HT TheAtlantic

CNET UK Presents: History of the iPhone, dedicated to the memory of Steve Jobs from Drew Stearne on Vimeo.

Lady Gaga Through the Ages