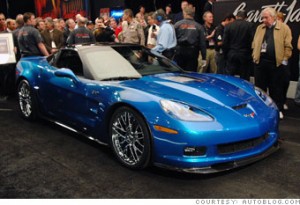 Love that post from Gawker’s Jalponik in which the venerable Motor Trend is outed for allegedly gaming Google’s organic results. Here’s how it went down.

The first 2009 600-hp ZR1 Corvette sold at auction over the weekend, and a search on Google for “ZR1 road test” had Motor Trend in the poll position atop the results ranking board.

Now the less-venerable, but still very influential Jalopnik, which also reported on the Porsche-wannabe American icon, cried false start by its motor-trendy brother.

“Basically, if someone does a search for something like “2009 corvette zr1 road test”…they’d end up with Motor Trend right on top of the search results. This despite [Motor Trend] not actually having a road test for the prospective reader to read on the new ‘vette.”

So Jalopnik, ever heard of search-optimizing one’s site?

A vette that exceeds EPA standards? At what price? The first one of these beauties fetched “an even million” at auction in Scottsdale this weekend. I’ll stick with my Audi.