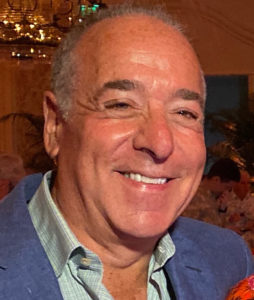 In his award-winning career providing public relations and digital media strategy, Peter has led the media teams for some of the world’s most esteemed global agencies. He served as EVP/Chief Media Officer for Edelman Worldwide, which he joined after 11 years with WPP’s Burson-Marsteller as EVP and head of that agency’s U.S. corporate and strategic media team and its worldwide spokesperson.

Prior to that, Peter was SVP/media director for six years at B-M sister agency Cohn & Wolfe, which followed five years at Hill and Knowlton where he headed H&K’s broadcast and consumer media relations group as the firm’s youngest vice president. He began his career with three years at New York entertainment PR firm Robert Zarem Inc.  (A selection of high profile projects on which he has worked over his career can be found here.)

Peter comfortably straddles the worlds of traditional PR and digital communications, frequently lecturing and writing about the two on his blog and for Forbes.com. He also started and edits a publication on Medium called “Adventures in Consumer Technology,” which now has 48,000 followers. He’s active on social media including on Twitter, LinkedIn, Instagram, Facebook, Quora, and several others.

He serves as president of the Publicity Club of New York and has advised Social Media Week and the Center for Communication. He attends and speaks at the annual WebSummit in Lisbon and Collision Conference in Toronto, and sits on the Board of Advisors of the Communications & Media Studies Program and Marketing Advisory Council for Tufts University from which he holds a BA in Political Science and French.

Peter was selected by AlwaysOn Media as a “2013 Power Player in Business & Technology Media.” He was named as PR News’ 2005 PR Professional/Media Relations Executive of the Year. That same year, PR Week awarded the PR program he led to build the World War II Memorial in Washington D.C. as its Public Sector Campaign of the Year. Peter’s blog, The Flack was awarded a 2006 PR News Platinum Award as the year’s best blog and a 2010 Hive Award at SXSW for best PR/marcom blog. Named to Ad Age’s Power 150 Blogger, and Twitter Power 150.

Staffing Model
Flatiron Communications LLC was founded just as the “gig economy” was taking hold.  The firm draws on a network of seasoned public relations, content marketing, and digital media professionals to advance the business interests of the firm’s varied clients. Every client team is led by agency founding principal Peter Himler and consists of dedicated specialists selected for how well their experience and industry expertise match the client’s unique communications needs.