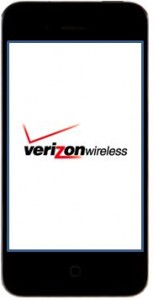 Unfortunately, I won’t be attending the much-hyped presser in NYC today where Apple chief Steve Jobs will presumably be joined by Verizon Wireless president Lowell McAdam (and maybe Verizon CEO Ivan Seidenberg) in an effort to finally put to bed the interminable rumors of an iPhone for VZW. After all, how much conjecture can one person endure? Personally I thought Bloomberg’s June 29 report of the marriage would have ended the uncertainty once and for all.

Nonetheless, this blogger is less interested in the cryptic press invitation that wafted into the public domain late last week. (Though it did create the expected media histrionics.) I’m more attuned to how AT&T plans to preserve its integrity in the face of the long-expected news of the cultish iPhone’s non-exclusive ubiquity.

The New York Times’s Jenna Wortham provides a glimpse of the impending battle in a piece today titled “AT&T and Verizon Trade Taunts Over iPhone.” In it, the respective company spokespersons fired the first salvos:

“Iâ€™m not sure iPhone users are ready for life in the slow lane,â€ Mark Siegel, an AT&T spokesman, said in a company statement. He suggested that Verizonâ€™s version of the iPhone would not be as fast because of the network technology the company uses.

â€œAT&T is known for a lot of things, but network quality is not one of them,â€ said Jeffrey Nelson, a spokesman for Verizon Wireless. â€œTypically companies try to call attention to their strongest suit.â€ Mr. Nelson added something that had the ring of a playground taunt: â€œIt must be backwards day at AT&T.â€ 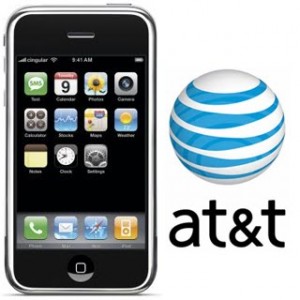 There may be something to AT&T’s claims that its network is faster (though clearly with more dead zones) than its new and formidable rival. CNET’s Maggie Riordan reports via Beet.TV that VZW’s iPhone will not run on the company’s much-ballyhooed 4G network…at least not yet. Still, AP (via Bloomberg) reports that VZW could sell “8-12 million” iPhones, a good many of which will be AT&T defectors.

While VZW and AT&T do battle, Apple shouldn’t lose sight over the strides Google has made in the mobile space. Its Android operating system has now overtaken Apple i/OS and it does run on 4G. WSJ’s Digits today reports

“Despite the fact that in its last quarterly report Apple said it sold a record 14.2 million iPhones, much of the buzz in the last part of 2010 centered on Google Inc.â€™s Android.

Thus far, 2011, the year of the mobile device, is shaping up to be rather exciting. Let’s hope AT&T has more up its sleeve to take on Verizon, and that Apple doesn’t lose its mojo to Android.