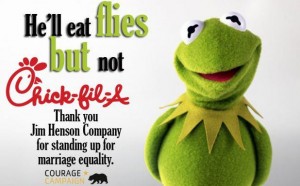 As if the Atlanta-based chicken chain hasn’t endured its share of public condemnation for management’s much-publicized anti-gay stance, today we learn — in Gizmodo of all places — about an apparent effort by a PR person, posing as a Facebook fan, to eÌ¶nÌ¶gÌ¶aÌ¶gÌ¶eÌ¶ astroturf the real reason why Jim Henson pulled its toys from the QSR.

“Only Chick-fil-A claimed the toys were pulled because of a ‘possible safety issue’. That, of course, is a complete lie. A lie that the company may be propagating with fake Facebook accounts of Chick-fil-a sympathists.”

In the PR biz, we’ve witnessed far too many incidents featuring PR peeps as poseurs advocating for their paying clients or employers. You’d think we learned something by now.  Gizmodo:

“Just check out this back and forth on Chick-fil-A’s Facebook page between real, breathing people and “Abby Farle”, a Facebook account that was made 8 hours ago by a chicken PR flack with a stock image of a teenage girl as her profile picture.” 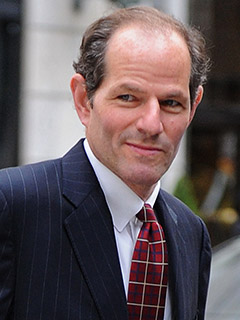 Invariably they all end badly for the perpetrators.

There’s an even bigger issue that transcends PR people behaving badly. It has to do with how a company’s stance on social issues can so easily spur undesired consumer actions. There’s no question that Chick-fil-A’s business has been hurt — in certain parts of the country including NYC where former Governor Eliot Spitzer, no stranger to controversy, weighed in with a Slate piece titled “Should You Boycott Chick-fil-A?”

But the same goes for those of us who support same-sex marriage and have what we consider to be a broader view of civil rights. We should boycott Chick-fil-A. These are our consumer dollarsâ€”and they’re part of our voice. We should use them for products we likeâ€”to support companies we like and to back causes we like.”

Now if only Eliot’s wisdom can be effectively applied to those consumer-facing brands bankrolling some of the more notorious, opaque and specious right wing attacks. Here’s a quick look at 23 of them: 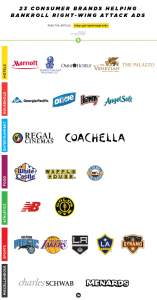 In an era when social media empowers individuals to instantly rally around issues of importance to them — from either end of the political spectrum — consumer-facing companies should take extra caution in picking their battles or risk facing material consequences.  Most importantly, they should never ever take the avatar route when advocating for or against a POV. It will make matters much worse, as Chick-fil-A is seeing now, Santorum and Hucakbee notwithstanding.