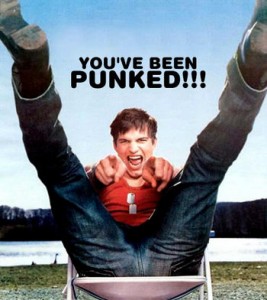 Tech Crunch’s Michael Arrington has tweaked a few noses as proprietor of perhaps the most influential tech blog in a milieu overrun with tech influencers. We all remember the brouhaha he created by publishing the business-sensitive internal emails provided to him by some randoid who hacked into Twitter’s email.

And then there was his spirited defense of the value of breaking news with or without the confidence that the news was fully baked. How many rumors about Steve Jobs, Google’s acquisition strategy, Apple, Facebook and Twitter can one bare before Peter cries wolf?

Late yesterday, I noticed a seemingly innocuous TechCrunch tweet (and post) in which the author (Jason Kincaid) proclaimed Facebook’s new feature that allows users to FAX any photos from the site. Rightly, TC derided the wisdom of such an application. Other picked up on it including B-to-B social marketing expert Paul Dunay who also wondered why anyone would have an interest in such a technological throwback.

@PaulDunay Facebook Now Lets You Fax Your Photos. I Have No Idea Why Anyone Would Want To Do This

Sure enough, it was a goof. The Facebook team, with its PR people in tow (or vice-versa?), arranged to have this “new feature” only be visible by TechCrunch, and TechCrunch took the bait hook, line and sinker. They were punk’d….big time!

“Jason then called Facebook PR. Jaime Schopflin took the call and, apparently, couldnâ€™t stop laughing for five minutes. Between laughs while catching her breath she mentioned something about this being a joke, that nobody but us could see it, and that they were placing bets around the office on how long before we noticed it and posted. And something else about teaching us to contact them before posting.”

Sometimes it takes a little irreverence to make media waves…and your point. Kudos to FB.