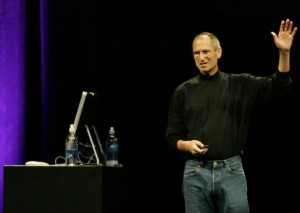 The company that has done the best job of any in controlling how it’s viewed in the court of public opinion may have its hands full with a new and most delicate matter.

Reuters picked up on a New York Post biz piece today speculating on the health of Apple chief Steve Jobs whose gaunt appearance at a June developers conference first set tongues-a-wagging. At the time, “Apple reps blamed Jobs’ weight loss on an unspecified illness that required treatment with antibiotics.”

Mr. Jobs had a pancreatic tumor removed nearly five years ago. Some say that the company knew of his condition nine months before the public announcement, yet chose to withhold the information. The new spate of rumors, tied to today’s earnings announcement and including questions about whether Apple has a succession plan in place, appear to be germinating among the hedge fund crowd.

(When will these hedge hogs finally get slapped with the regulation they, and we, deserve?)

Fake Steve Jobs may have retired, but the PR consiglieres at Apple still have some tough choices before them. Some in their midst will contend that Mr. Jobs’ health is ostensibly a private matter. Other armchair quarterbacks, of which I am one, believe that Mr. Jobs’ health is very much a public matter and should be addressed quickly – before today’s most catalytic New York Post piece takes on a life of its own.