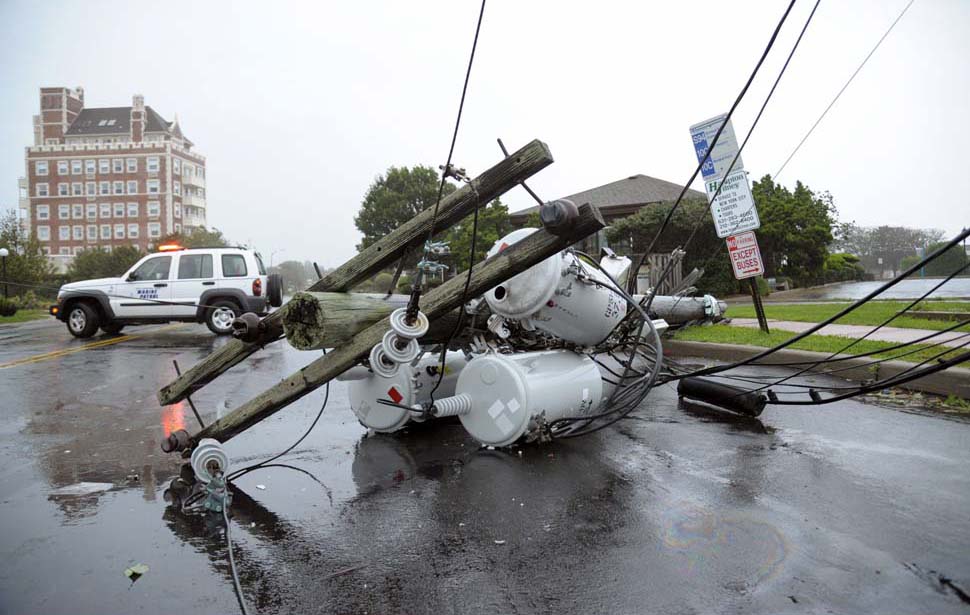 A cursory search of the Long Island Power Authority’s lame Twitter feed (@LIPANews) only begins to tell the story of the monopoly’s massive communications failure during the post-Irene power outage affecting more than a half million of its customers, a third of whom remain powerless six days later. And this is not the first time. God forbid Irene was an actual hurricane. (Hello Katia?)

@JPZAMBETTI @LIPAnews One of your reps just told me that the online outage map is wrong. East Hampton has a sub station problem, and there are far more

@Evanswweather LIPA is not helpful with info.

@MikeSeils @LIPAnews Still havent even received a call from you guys since I reported the blackout days ago….

@JonMcCarthy @LIPAnews thanks for the new pole but where is the on switch??

@PeterHirdt @LIPAnews Yesterday your chart showed 74% restored in Syosset, today it shows 31%. Do you even know what you’re doing?

@hskurnik @LIPAnews Can you PLEASE look into my office building in Syosset, which remains w/o power? All neighbors have power. 575 Underhill Blvd thx!

@Evansweather @LIPANEWS Sounds like you need more than a news crew! May not be power for much of Labor Day weekend.

@Sodoom Ok all jokes aside this is beyond unacceptable. @LIPAnews is not doing enough. I don’t care about all those “numbers”. I call shenanigans!

@WellAppointedHouse Day 5 of No Power in #Bridgehampton- only 7% of residents have power. Where is LIPA? Updates? @LIPANEWS @NewYorkPost

Even WABC-TV News’ meteorologist Dr. Bill Evans gets into the act, and here’s how LIPA is dealing with him and other complainants on Twitter:

“This is LIPA’s news and info feed. It is NOT monitored 24/7 for replies.”

Geesh. The way LIPA has handled its PR is scandalous. Basically, management told every consumer-facing employee to repeat day one’s talking point that “we hope to have 90% of customers’ power back by 7pm Friday. We do not have any more information.”

It’s unfortunate, and a sign of the times, that Long Island’s leading daily newspaper Newsday — a longtime champion of the people — is back to being firewalled and thus incapable of exerting any real public pressure on the utility. The paper finally chimed in late yesterday with a piece “LIPA acknowledges communications problem” in which reporter Mark Harrington learned:

“Part of the problem, Hervey said, is that for Irene, LIPA dusted off a two-decade-old plan that called for decentralized dispatch repair operations, effectively creating 30 separate, nearly independently run repair utilities at substations.”

As this still-powerless blogger endures the incessant and annoying grinding of the Starbucks’ blender, he has come to the shocking realization that the absence of a solid line of communications between the field workers and customers is likely indicative of a much more dangerous and fundamental operational issue faced by the power company.

LIPA is simply unprepared to deal with the effects of a significant weather event, which, in our climate-changed world, is way scarier than the inconvenience of no lights and spoiled food.