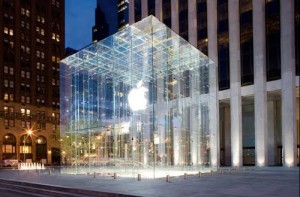 “For the first time, this year’s Trust Barometer shows that trust and transparency are as important to corporate reputation as the quality of products and services.”

We now find ourselves in the frothy wake of this week’s biggest corporate event, other than Ford’s swing to an annual profit of $2.7 billion or Toyota’s historic global recall at an estimated cost of $2.5 billion a month (and untold amounts in devalued reputation).

I’m talking about the Steve Jobs show, the most recent subject of this space and of no fewer than a couple dozen stories…in The New York Times and Wall Street Journal alone.

In pondering the transparency element of the Edelman study, I can’t help but scratch my head when considering the lack of negative correlation between Apple’s opaqueness and its reputation. The Cupertinites sure have the trust equation figured out from a quality products and services perspective, but the study seems to suggest that a non-transparent company might very well suffer in the public trust department.

For Apple, isn’t the opposite true? In an age when openness is touted as the “new” corporate virtue, Apple’s strict adherence to a closed communications culture, i.e., no company engagement in the social graph for starters, has had no adverse affect on its reputation. I might even venture to say that this absence may even fuel the kind of mythic stature and frenzied buzz that only Howard Hughes or JD Salinger could appreciate.

By keeping Wednesday’s news under draconian wraps, with perhaps just a few strategic leaks, the company orchestrated the biggest PR coup I think I’ve ever witnessed. The fawning buzz in the blogosphere, Twitterstream, MSM, and even among geeky gadget reviewers was deafening and palpable.

What should we now make of all those forward-thinking companies rushing to empower their employees to evangelize on their behalf (in social media and elsewhere) in efforts to elevate their respective reputations? Doesn’t Apple teach us that the key to brand esteem is still primarily driven by the quality and differentiation of one’s products and services?

But back to Apple’s big day. Did you know that Steve Jobs took a casually (choreographed?) stroll to the post-launch demo area to kibbutz with one Walt Mossberg? Here’s how one Reuters Media File reporter described the scene:

But the scene was hardly the impromptu, open conversation it appeared. Most of the people gathered around Jobs and Mossberg were not fellow reporters hunting for a quote, but a squad of no-nonsense, plain-clothed Apple staffers who had formed a human cordon around their leader. The only other person allowed within the safe zone was Mossberg, and any reporters who attempted to get near were physically blocked and pushed back.

Conversations with Apple staff about the iPad itself proved equally trying, with the mere act of getting a company spokesperson to confirm or clarify a fact feeling like an exercise in the theatre of the absurd.

â€œHow do I spell your name?â€ this reporter asked an Apple staffer following a short conversation to confirm certain basic features of the iPad.

â€œThatâ€™s not available for you,â€ the staffer replied, in an eerily robotic tone.