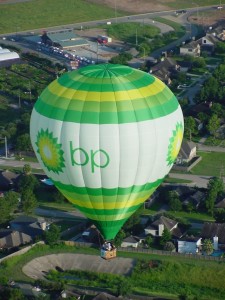 For PR pundits everywhere, especially those with outlets to spread their musings, BP is the gift that keeps on giving. This blogger has written three posts on the beleaguered company thus far, and with every new day, a potentially bloggable wrinkle emerges around company’s efforts to manage this most unnatural disaster, and its own reputation.

I caught the latest PR meme late last week when “The NewsHour’s” Gwen Ifill asked David Brooks and Mark Shields to opine on the advisability of BP CEO Tony Hayward appearing in expensive TV commercials. The spots, designed to reassure the public about BP’s commitment to making good on cleaning up its mess, appear more self-serving than selfless. Brooks and Shields were in rare agreement that this campaign likely did not advance the company’s interests.

Typically, companies resort to paid TV “advertorials” such as these when its efforts to impart their POVs via “free” or “earned” media fall short, or as is the case with BP, beset by uncontrolled gaffes that muddy true intentions. The Wall Street Journal’s ad reporter Suzanne Vranica today further anointed the story meme when she correctly asks whether this campaign is effective. Her piece “BP Rolling Out New Ads Aimed at Repairing Image” opens as follows:

“Undeterred by criticism of a new TV commercial featuring its leader, BP PLC is pressing ahead with a major ad campaignâ€”in an effort to rescue its badly damaged imageâ€”as torrents of oil continue to spew into the Gulf of Mexico.”

Crisis managers should ask themselves whether this particular communications tactic can work in an ongoing crisis situation. Apparently not, if you believe some of the initial research measuring reaction:

“Early indications suggest the ad isn’t hitting the mark with consumers and crisis experts. ‘The ad failed to resonate in a meaningful way,’ said Ju Young Lee, co-founder and chief scientist of Ace Metrix, a Los Angeles research firm that polled consumers on their reaction to it. ‘In a nut shell,’ she added, ‘what consumers are saying is that they have been waiting for BP to say something and, after hearing it, they say they didn’t learn anything new.'”

In my opinion, it’s not the fact that BP has to resort to paid advertising to reassure a doubting public of its good intentions. (This tack has proven efective in other crises.) It’s simply that the news media, and the public they inform, could care less about BP’s reputation right now. It’s what BP has demonstrably done and is doing to repair the economic and environmental damage it has wrought. This alone should placate many of the naysayers. One whiff of spin will produce the opposite effect — as we’re now seeing.

I wonder if this campaign would have produced the same visceral reaction had the spots been posted on the BP website (and YouTube) as opposed to being expensively purchased on TV? More here.