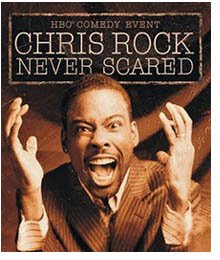 File this alongside the Bill O’Reilly-Nick Kristoff feud over the meaning of Christmas. Today we learn that another Nick, St. Nick , was dissed (or rather dismissed) on Monday’s episode of the one-time only Oscar host Chris Rock’s UPN sitcom “Everybody Hates Chris.”

Apparently parents across America weren’t too pleased to have Mr. Rock’s on-screen brother expose to his younger sister the true nature of Christmas present delivery. (The Dad also took down the Tooth Fairy and Easter Bunny, prompting the sister to demand that her fallen teeth be returned.)

As a result, there’s a call by some for Mr. Rock to apologize. (Let’s hope for Chris and Christ’s sake that the AFA doesn’t insert itself.) Should Mr. Rock issue a public apology? If so, what could he say: “I was wrong. Santa is real!” Even so, it’s not in his nature, and the sitcom is, well, simply a sitcom. In considering the sad state of world affairs, this controversy doesn’t register very high. I am therefore inclined to advise Mr. Rock to sit back and wait until the “damage” gains proper perspective before doing anything. While waiting, he might be bolstered by Anna Quindlen’s related take on the subject.