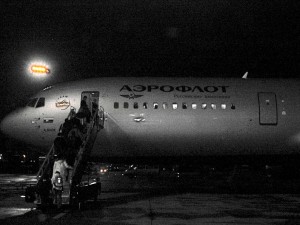 So I’m back from a three-day jaunt to Moscow where I gave a talk to a group of Russian marketing and communications executives on media, social media and PR trends in the U.S.

This was my second visit there in six months, and yes, the traffic was still horrendous, the cars remained caked in mud, and the only meter the lawless taxi drivers followed was how much they could stick it to you. Oh, the subways were still pristine and efficient.

In preparing for this presentation, I tapped my old colleague Paul Cohen, now an SVP at Ketchum, to get his take on the Russian media landscape. Paul’s become somewhat of an expert on that country, shuttling back and forth every month or so. His description of how the different news mediums operate, i.e., state-owned versus independent, was most helpful.

For example, I was surprised to learn that the state doesn’t regulate Internet content as does China, a fact that bodes well for the prospects of social marketers. The same can’t be said about state-owned TV news, i.e., hotels carry CNN, but private homes do not. I also learned that President Medvedev recently experimented with vlogging and that Gazprom, the state-owned oil company, just spent $15 million to purchase RuTube, the fledgling Russian version of you-know-what.

I was asked by my hosts, the Russian Association of Corporate Media (AKMR), to include an overview of custom publishing, so I sought advice from Lori Rosen who heads the Custom Publishing Council. As it turns out, Ms. Rosen’s counterparts from the APA in the UK, Patrick Fuller and Julia Hutchison, had the subject well in-hand, as did Galina Unstiniova, the custom publishing director for Russia’s Sanoma Magazines. Patrick, by the way, spent the better part of his career at Haymarket, PR Week‘s parent.

Anyway, to make a long blog post shorter, my presentation focused on the migration from command-and-control to bottom-up communications and the vagaries therein. Keeping with the custom publishing theme, I stressed the content creation aspects of the social media ecosystem, using video examples from candidate Obama, Nike (Kobe Bryant leaping over an Aston Martin), and the disgruntled, but enterprising Comcast subscriber who made a cable repairman sleeping on his couch a YouTube star.

I also showed Rubbermaid’s presence on Facebook, the U.S. Navy for Moms online community, a smattering of corporate blogs, e.g., Chevron, GM and Walmart, conversation mining with Dell on Twitter, SEO/SEM, and the recent example of how AIG engaged Daily Kos to set the record straight. I have no idea how any of this was translated from English to Russian, but the post-preso (paraphrased) questions were fairly astute:

I won’t use this tableau to try to answer these questions, but I was encouraged that they were even asked. Perhaps custom publishing will now take on meaning beyond glossy images in dead tree media. I sure hope so.