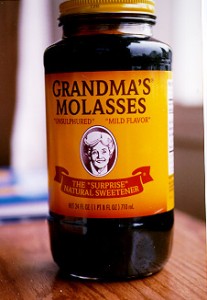 As Michael Dell announces a recycling program to restore some of his company’s lost luster, the folks at GE have ratcheted up their 18-month-old effort to get credit for their flourishing Ecomagination business. Both companies hope that by doing good, they also will do well. It’s working for GE. The jury’s out on Dell.

According to the lead item in the ClickZ newsletter:

“Back then, the [GE] project to advance products ‘as economically advantageous as they are ecologically sound’ was more philosophy than reality. Today the company markets 45 Ecomagination products, including desalination technologies, high tech windmills and super-efficient locomotives. Sales of these products have reportedly surpassed $20 billion.”

Of significance to the PR set, take a look at some of the new-age sounding digital marketing firms (BBDO notwithstanding) grabbing a good share of GE’s creative and online marketing spend.

“The videos and Web site were produced by Manhattan-based agency Syrup, which also created the earlier, more bare-bones Ecomagination site. GE agency of record BBDO created all offline advertising, including print and TV spots that will prominently feature the site’s URL. Online advertising was created and brokered by Stinson Partners and Atmosphere BBDO.”

So where’s the PR pro in the digital content creation and marketing mix? Apparently, nowhere.

As for Michael Dell…he’s playing catch up with a traditional (top-down) news conference boasting a few bells & whistles, e.g., streaming audio feed, etc. Don’t get me wrong. It’s a great program (and much needed). But for true ROI, it will require more than a news release. Mike, take a page from GE’s playbook.