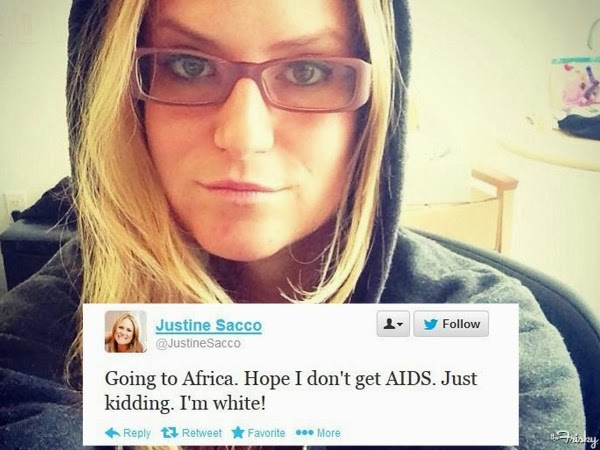 Of all the pontificators on Twitter who weighed in on the unfortunate Friday night fiasco featuring one Justine Sacco (in absentia), several struck a chord with me. I personally weighed in to suggest that the easy-to-pounce Twittersphere give Ms. Sacco a break until she resurfaces to explain herself:

@mathewi @samfbiddle @JustineSacco I don’t see how the IAC comment “suggests she wasn’t hacked.” Jury’s still out on this one for me…
â€” Peter Himler (@PeterHimler) December 20, 2013

In my mind, the tweet was so offensive, especially coming from a person with reputational oversight of a $5 billion publicly traded company, that I struggled to accept that it willfully emanated from her Twitter account. I was hesitant to condemn her even after receiving an IM from a media reporter friend of mine who knew and liked Ms. Sacco, but who nonetheless was convinced she sent the offending tweet.

a tweet from a year ago. So let’s be clear…she’s a “class act” RT @JustineSacco: I had a sex dream about an autistic kid last night. #fml
â€” Brooke Hammerling (@brooke) December 21, 2013

I suppose it was the following tweet from Anil Dash that got me thinking:

That @JustineSacco is offensive is obvious. The bigger problem is that her mindset is no barrier to corporate success. #HasJustineLandedYet
â€” Anil Dash (@anildash) December 21, 2013

It also begs the question: how could someone who just eight years ago began her career as a junior account executive in Dan Klores’ shop, and only two years ago served as a publicist for World Wrestling Entertainment, now be running corporate communications for Barry Diller’s IAC?   Here’s her work history: 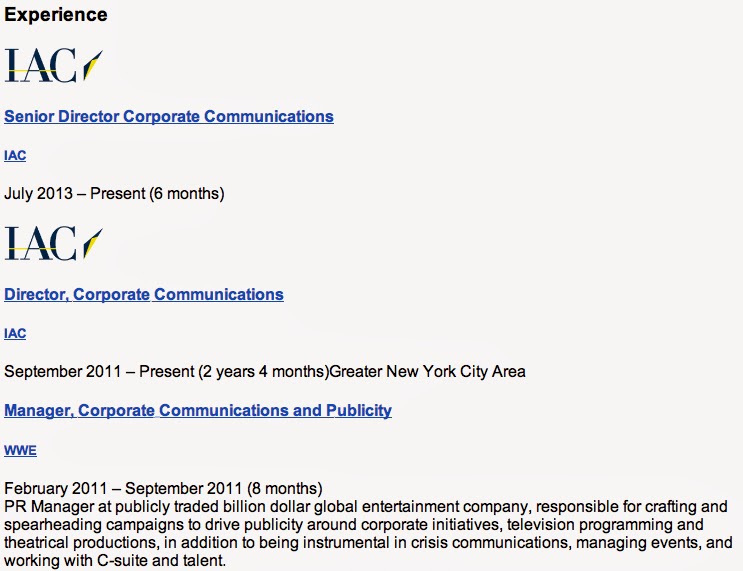 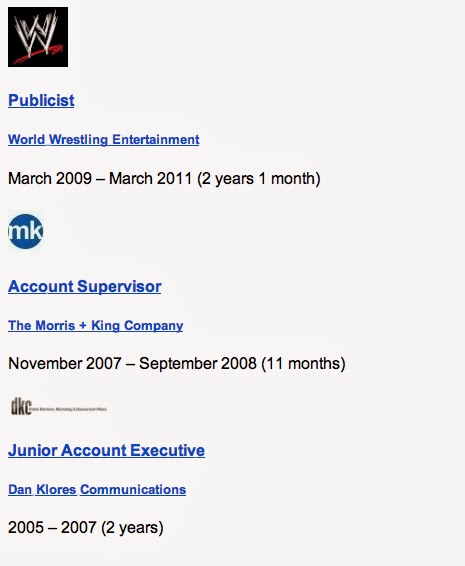 To be fair, I have not met Ms. Sacco, nor am I familiar with her performance at any of her previous jobs.  My pal, that senior media industry reporter who IM’d me, did say that he liked her and she always delivered for him. But are likability and hustle the key attributes for successfully flourishing in such a high profile communication role? Aren’t solid instincts and a command of the English (or whatever) language more vital?

This morning we awoke to Ms. Sacco’s (grammatically challenged) written apology. You decide.

“Words cannot express how sorry I am, and how necessary it is for me to apologize to the people of South Africa, who I have offended due to a needless and careless tweet,” Sacco said in the statement. “There is an AIDS crisis taking place in this country, that we read about in America, but do not live with or face on a continuous basis. Unfortunately, it is terribly easy to be cavalier about an epidemic that one has never witnessed firsthand.

For being insensitive to this crisis — which does not discriminate by race, gender or sexual orientation, but which terrifies us all uniformly — and to the millions of people living with the virus, I am ashamed.

This is my father’s country, and I was born here. I cherish my ties to South Africa and my frequent visits, but I am in anguish knowing that my remarks have caused pain to so many people here; my family, friends and fellow South Africans. I am very sorry for the pain I caused.”

One final observation: the rapid spread of this heinous tweet may very well have been fueled by the many PR-haters out there, especially in the media.  Would this meme have grown as fast and as wide if Ms. Sacco were a politician or red-necked reality TV star?  I wonder.