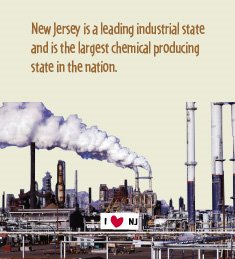 The first group has names like: “cleanupnj, “usedtobeblue” and “Amadeus NJ.”

The second group has names like: “the Competitive Enterprise Institute,” “the International Policy Network” and “the Center for the Study of Carbon Dioxide and Global Change.”

The first group posted misleading and defammatory items on a blog run by the campaign of New Jersey Democratic candidate for Governor Robert Menendez.

The first group was fingered by the Menendez campaign as having ties to the Republican candidate Tom Kean Jr.

The second group was fingered by The Royal Society, a 1,400-member organization that dates back to the 1600â€™s and has counted Isaac Newton and Albert Einstein as members, as having ties to Exxon Mobil.

“‘Iâ€™ve never e-mailed them nor posted on the Web site,’ she said on Wednesday. ‘Itâ€™s a blog. You canâ€™t believe whatâ€™s posted on blogs.’ She declined to make Mr. Kean available to discuss the matter.” (Though, he ultimately did.)

“…the Royal Society had ‘inaccurately and unfairly described our company.’ It added: ‘We know that carbon emissions are one of the factors that contribute to climate change â€” we donâ€™t debate or dispute this.’

In spite of its denials, the evidence, in the form of a traceable IP address, was irrefutable.

” The Kean campaignâ€™s technical adviser said that the Internet protocol, or I.P., address that linked the posts to the Kean headquarters was an old one, ‘from over a month ago.’ But an e-mail message Ms. Hazelbaker sent to a reporter on Wednesday shares the same I.P. address.”

In spite of its denials, the evidence, in the form of payments to these groups, was irrefutable:

“In 2005, Exxon Mobil sent $2.9 million to 39 groups active in the United States that spread misleading information about climate change…”

Astroturf comes in many shades.