“So cool to have USA’s CTO @todd_park speaking here at #NYTM!â€

Mr. Park’s infectious enthusiasm for the open-source and startup revolutions resounded Tuesday evening when he touted five projects that could benefit from the coding smarts resident among many of the 800 gathered at NYU’s Skirball Auditorium and the NYTM event  livestreams at Foursquare and New Work City.

Inc magazine senior reporter April Joyner was among a number of journalists in the audience, which  included CNN’s Laurie Segall and PandoDaily’s Erin Griffith. Ms. Joyner summed up the government’s projects as follows:

Following Mr. Park’s rallying cry, the October NYTM got down to business showcasing the technology from ten startups. Mr. Westheimer reminded the audience, a quarter of which acknowledged their NYTM newbie status, that questions about business models and revenue streams are forbidden. It’s not that they’re not important, but NYTM is really focused on new technologies, he explained.

Of the 11 startups that presented, all had some redeeming value, if not that gee whiz factor. There were several that stood out, IMHO. They included:

ElectNext – An election-oriented/civic engagement platform that made me wonder why someone hadn’t thought of it sooner. (I had the same feeling after seeing TurboVote present last month.)  A very poised and articulate Keya Dannenbaum laid it all out. This tool opens by asking the users a series of issues-oriented questions. The app then produces the name of the political candidate(s) in the user’s voting district whose public positions and voting records most closely align.

ElectNext’s algorithm seeks to eliminate the unfortunate roles that style and histrionics play in the election of our public officials.  It aspires to eliminate the “low information voter” (if that’s possible).

I also enjoyed hearing about Honest Buildings, a data-driven platform for the commercial real estate set in which my old pal (and AmieStreet client) Josh Boltuch has a hand.  The site aggregates and makes searchable everything and anything you need to know about the people, properties and services in that industry.

What’s neat is that Honest Buildings taps LinkedIn’s API to supplement the industry data it already has.  As their tagline reads: “connecting people to empower cities.” I don’t doubt it.

Other intriguing startups included old favorite Flavorpill, which showcased its new event-driven site that adds a social layer so friends can learn what other friends are up to.  Unlike Plancast, Flavorpill deploys a group of culturally aware influencers to seed the site with curated offerings. It describes itself as “a network of culturally connected people, covering events, art, books, music, and pop culture the world over. Highbrow, lowbrow, and everything in between: if it’s compelling, we’re sharing it.”

Sportaneous, which launched that day, matches fitness enthusiasts with local venues to do their bidding, whether it be yoga, cycling, or soul cycling. Candor.fm graphs real-time sentiment against a given event. Move over CNN and its tracking of a small slice of the public during the debates. This tool is open to all. And Vantageous‘s edit suite allows smart phone users (with video) to upload and edit multiple Â clips taken from different vantage points. Get it? 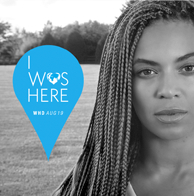 I would have to say that my fave startup of the evening lived up to its namesake.  Thunderclap further validates Steven Johnson’s “peer-progressive” movement by providing a crowd-driven platform to help do good in the world.  If you had any questions about the power social networks wield in driving awareness and action, Thunderclap will put these to bed.

Calling it crowdspeaking, presenter Hashem Bajwa cited Beyonce’s catalytic role this summer in the U.N.’s World Humanitarian Day. Using Thunderclap’s platform the singer invited her Twitter/Facebook fans and followers to support her mission. Some 30,000+ did, resulting in over one billion “social impressions.” Wow! 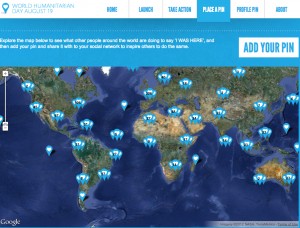