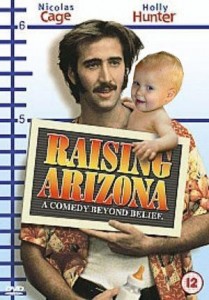 We all know what happened in Arizona recently. The tea baggers drugged the Governor’s tea and all hell ensued. The state’s now grappling with a very public (and profane) affront to its reputation that’s having very real economic consequences.

From the state’s leading newspaper, The Arizona Republic, here are some of the more notable slogans from late-night TV-land:

The AZCentral piece outlined how the Governor and her disciples plan to quell the criticism, which includes the establishment a “tourism task force” — not to be confused with the astroturfed tourism ad campaign now playing in the Gulf regions of Florida, Alabama and Mississippi paid for by a certain oil company).

The gov’t effort also entails a promise to delete any negative comments posted to the state’s Facebook site. In fact, Facebook is a hotbed of activity around the controversial new law:

“On Facebook, the melee is fierce: There’s a “Buycott Arizona” page, a “Don’t Boycott AZ Tourism” page, even “Boycott San Francisco for Boycotting Arizona.” Facebookers also can join a page boycotting such celebrities as Shakira who are speaking out against the immigration law, and 426 people like this.”

Not to be left out, the newspaper decided to do its civic duty by asking the local ad and PR communities to come up with their own campaign slogans. (Were Jon Stewart’s writers available?)

Many firms politely declined the opportunity refusing to associate with such a political quagmire, while others jumped into the fray. From a sidebar story titled “Spin doctors new slogans for AZ”:

And finally, here’s one from Flatiron Communications LLC, New York, that could actually end the unwanted criticism: