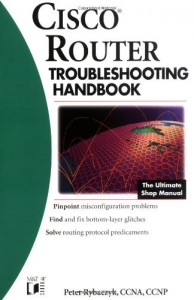 In a story reminiscent of the case-study making 1994 crisis faced by Intel Corp., the folks at Cisco Systems are battling the growing noise of a security flaw with its software that controls 60% of Internet traffic. Like Intel initially, Cisco is seeking to downplay the problem. However, as the noise migrates in to the mainstream media, Cisco will be forced to act.

It wasn’t until the buzz in chat rooms and user groups (remember those?) bubbled onto the pages of EE Times and cable waves in a televised report by the late CNN Tech reporter Steve Young that prompted Andy Grove to take decisive action, effectively ending the crisis. BTW, did you see Joe Nocera’s interview with Mr. Grove in Saturday’s New York Times? A good read. A fascinating man.