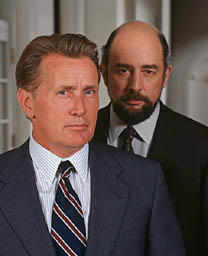 I loved the plot line on last night’s installment of NBC’s “The West Wing.” President Martin Sheen fires his longtime confident, White House Communications Director Toby Ziegler, for leaking some classified information to, of all places, The New York Times. The show uncharacteristically diverges from reality when the President goes on to announce the news on primetime TV.

First of all, the networks probably wouldn’t give the president the airtime for an announcement of this nature, and secondly, who advised the president to hold a news conference in the first place to fire his senior spokesperson? His Chief of Staff, Secretary of Defense, or Vice President, perhaps, but his Communications Director? Highly unlikely.

Dan Bartlett, your identity is safe for now. Maybe one day we’ll see a PR-type merit his or her own prime time announcement.