Last week my former Associated Press client Tori Ekstrand invited me to speak at the School of Journalism & Mass Communication at the University of North Carolina at Chapel Hill. After a twoâ€“hour snow delay in New York, I finally made my way to the Freedom Forum Center on campus where Tori, now an assistant professor, and a handful of her undergraduate students gathered to hear my point-of-view on the evolution of the communications industries. 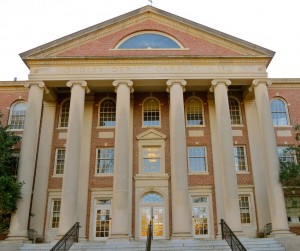 In a nutshell, I explained, weâ€™ve entered an age when every company and every individual is a media outlet with the capacity to create and syndicate content. At the same time, nimble media upstarts with names like Buzzfeed, Politico, Huffington Post, TechCrunch, TMZ, Drudge, and a myriad others have mastered the art of headline histrionics. In so doing, they have siphoned off a growing share of the publicâ€™s ever-divided attention spans from legacy media, which today are struggling to retain the influence they historically have enjoyed.

I was surprised to learn from Tori that some 60-70% of the students in UNCâ€™s journalism program are not majoring in journalism at all. Instead, theyâ€™re pursuing careers in advertising and public relations, which may be a smart move given the economic challenges the media industry continues to endure, i.e., Maureen Dowdâ€™s column in The New York Times, and the industryâ€™s embrace of new hybrid ad/edit revenue-generating schemes such as â€œnative advertisingâ€ and sponsored content.

Separately, I had forgotten that Talking Biz Newsâ€™ founder Chris Roush was a senior associate dean and the Walter E. Hussman Sr. Distinguished Scholar in Business Journalism at the university. Talking Biz News is a must-read for those working as or with business journalists. Chris invited me to pen a post for the site on â€œwhatâ€™s wrong with the relationship between PR people and business journalists.â€

Clearly thereâ€™s much wrong in this symbiotic relationship, but it doesnâ€™t end with the business/financial news beat. The historical love-hate relationship between journalists and PR professionals has taken a distinct turn toward the latter in recent years and infects nearly every media beat. There are a number of reasons fueling the growing acrimony between the two professions, or at least the short fuses journalists have for many PR operatives:

Even so, I have to disagree with Chrisâ€™s premise that the relationship between PR people and business journalists is completely broken. The New York Timesâ€™s Andrew Ross Sorkin, The Wall Street Journalâ€™s Peter Kafka, CNBCâ€™s Maria Bartiromo, Bloomberg News, Reuters, the FT and countless others â€“ including local media outlets — frequently turn to those in the PR profession theyâ€™ve come to trust for delivering timely and accurate information.

The relative number of these trustworthy and reliable PR pros may have dwindled in recent years, but I assure you that time and information-strapped reporters and TV producers still appreciate the value offered by responsive PR pros who â€œget it.â€

In fact, as much as has changed in building a client’s “media” presence, the discipline of â€œearned media,â€ as it has become known, is alive and well and still drives the fortunes of the vast majority of PR organizations. Call it what you will â€“ media relations, publicity, influencer engagement, story pitching â€“ the task of capturing the affections of beleaguered journalists thrives.

Journalists to the PR professional:

Of course, today’s savviest communications professionals no longer are solely reliant on (and suppliant to) editorial gatekeepers to have their clients’ stories or POVs shared. Communications pros now have the creative capacity and a range of publicly accessible media platforms to deliver content directly to end audiences, bypassing the media filter altogether. Oreo anyone?

Does the profession (and its clients) still covet a feature or mention in Fortune, Vanity Fair, ABC “GMA,” TechCrunch, or on the Dow Jones news wire? You bet. But as public consumption of news and information migrates to mobile and social, PR pros no longer have to endure the indignity of getting dissed by a stressed out reporter or talent booker who paints all PR people as evil. Alternative means for engaging the public through privately produced (i.e., “owned”) media are on the rise — for better or worse (depending on which side of the media equation you ask).