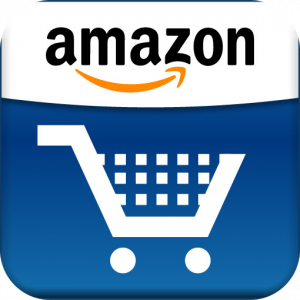 Influential veteran tech journalist John Dvorak took Amazon (and the PR profession) to task in a PC Mag piece posted yesterday that asked “Are Amazon Reviews Corrupt?” His beef lies in the system through which so-called third-party reviewers are incentivized to share their so-called unbiased opinions. Dvorak cited a study in which a Cornell professor

“…independently surveyed 166 of Amazon’s top 1,000 reviewers, examining everything from demographics to motives. What he discovered was 85 percent of those surveyed had been approached with free merchandise from authors, agents or publishers.”

Of course, Mr. Dvorak points the finger (I didn’t say which finger) squarely at the PR profession who he purports to exert pernicious influence over these supposed “man on the street” reviews:

“It’s a known fact that PR agencies and corporations have been burrowing into the community of online, “public” reviewers and obscure bloggers and easily corrupting them with trinkets… Now there is some proof that there is a problem.”

“I’ve always thought they could be easily corrupted by smart public relations folks who have already dove into what they call social media. This includes phony personas on Twitter and Facebook that are used to sway public opinion, shipping free goodies to “influential” bloggers, and things like this Amazon scandal.”

By comparison, Mr. Dvorak clearly prefers the Yelp model for reviewing restaurants and the like. He writes:

“This was a “man of the street” system that worked. It allowed readers to deconstruct who the reviewer was in such a way that you could trust the ones that agreed with your tastes and opinions, so you could use them to expand your reach. Scammers, shills, and stooges were apparent.”

…is “designed to move product. There is no product to move on Yelpâ€”at least not in quite the same way. Yelp does not ship anything.”

Mr. Dvorak’s piece, prompted by the Cornell study and his 30 years chronicling trends in the tech space, raises some important questions about the squirrely nature of Amazon reviews, and the role PR peeps supposedly play in astroturfing the process. Here’s a link to the study which seeks to sort out the underlying motivations of reviewers for the world’s most successful e-tailer:

“Our study holds an assumption and asks a question: the assumption is that there are no free lunches. So how come Amazon has managed to persuade so many people to give them the morsels from which they have built one of the biggest free lunches ever? That is the question.”

Elsewhere in PC Magazine, we learn of Bizzy, which intends to take on Yelp by offering mini-reviews, while Yelp is getting in the location-based deal biz big time.