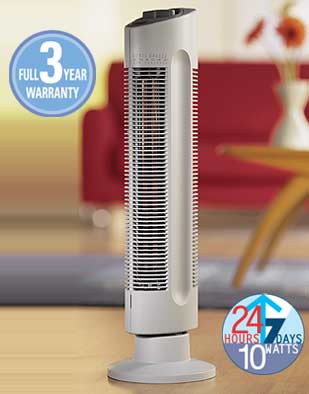 Some years ago, I sat on a panel alongside the head of the Consumers Union, which publishes the influential Consumer Reports magazine. Before the panel started, I walked up to her to introduce myself. When she learned I worked for a PR firm, a frostiness came over her that made Al Franken and Rush Limbaugh’s relationship seem chummy in comparison. In the eyes of this non-profit, advertising-free organization, PR people must be the devils incarnated.

I was reminded of that encounter when I read today’s story in The New York Times on how retailer Sharper Image hopes to blunt the magazine’s negative review of its big money-maker the Ionic Breeze air freshener. The weighty magazine weighed in with two thumbs down. Rather than sue Consumer Reports (again), the retailer sought to dispute the magazine’s findings in the court of public opinion. It released to the media an open letter defending the efficacy of its product.

“We got some not-positive press as a result of the first article. We wanted to make our case this time,” said a Sharper Image spokesperson.

Good idea? I’m not so sure. In spite of Consumer Union’s disdain for public relations, the organization employs a full staff of PR pros, and I’m told even uses the dreaded PR firm to advocate on its behalf. The net result: Sharper Image’s spokesperson was dusted by the Consumer Reports spokesperson who had the final word:

“We’re not talking about a digital camera. That can’t kill you,” said Mr. Asher. “But if people who have asthma or lung dysfunction buy the wrong kind of air cleaner, they can put themselves at harm.”