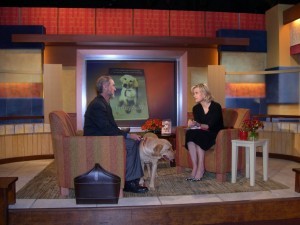 I find this one hard to believe. Researchers at The University of Oregon just promoted their study linking local TV station news content and the stations’ advertisers:

Sounds good. The researchers attempted to draw a link between news decisionmakers and those advertisers courted by the stations’ ad sales departments.

“Advertisersâ€™ messages are infiltrating small-market television newscasts at about the same percentage that owners of digital video recorders are skipping the commercials, say researchers at the University of Oregon. Whatâ€™s disturbing about this trend of ‘stealth advertising’ is that viewers seldom are aware of potential slants in coverage because the connection of a story to an advertiser rarely is disclosed, said Jim Upshaw, a professor of journalism.”

In other words, Prof. Upshaw and company painted some kind of insipid payola scam of collusion between local TV advertisers and news programmers. I say wait a minute.

Yes, those packaged fluff pieces or on-air interviews almost always have some ulterior commercial motive. I mean what do you think broadcast media relations pros do anyway? They try to get their clients’ products, services and spokespeople on TV. In fact, it’s not just the booking, but the advance prep work — on both sides of the equation — that enable the commercial mention to seamlessly manifest.

The aspect of the research I found highly suspect was the collusion part — at least when it comes to network-affiliated news programs. Have things gotten so desperate that a station’s news director or evening news producer will base his or her decision to cover a story on whether it involves a current or potential station advertiser? I think not.

The study’s headlines touted the existence of such collusion, but I think it way overreached. In fact, the researchers concluded by admitting:

“‘Further research should broaden scholarly understanding of the complex relations between television advertising and television journalism,’ they wrote. ‘One aim should be to expose decision-making factors that can allow unlabeled commercial elements to bob in a stream of â€˜objectiveâ€™ news content.'”

Ahah! More study is needed to make the connection. Just what I thought.

Thanks to my most media-savvy friend, former colleague and Publicity Club of New York conspirator Lisa Kovitz for the heads up.