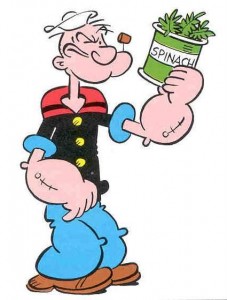 So how does one go about restoring America’s faith in…spinach? One enterprising California Congressman’s PR ploy backfired when he called a presser to showcase to the world — and his spinach-producing constituents in Salinas County — that it’s safe again to eat the green stuff.

Now where’s Thomas Keller and California’s other celebrity chefs when you really need them to rally around the spinach leaf? Eggs Florentine, anyone?