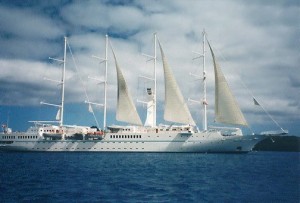 You may remember the big brouhaha some years ago when the Los Angeles Times crossed the line between church & state by splitting ad revenue with The Staples Center for its 168-page supplement…about The Staples Center. Heads rolled, and the dominant newspaper in southern California did its share of soul-searching for quite a while thereafter.

Hollywood Hotline, one of the L.A. Times’s blogs, ran a story last week on (its parent) The Tribune Co.-owned TV station KTLA’s plans for a segment featuring a home makeover for one of its morning news anchors. When the segment didn’t make air, the furniture store owner, angered that his promotional gambit didn’t materialize, threatened to make the anchor pay! (Gee, I remember posting an item on something like this recently.)

Anyway, this brand of pay-for-play is not an aberration. Do you think “Where’s Matt” on NBC News “Today” pays all the travel and lodging expenses associated with that series? It’s common practice for the PR professional to lessen the financial burden of some on the softer side of the news media. In fact, just last week, the same L.A. station was defending its morning news program for accepting free rooms the night before airing several live segments from the newly renovated Ritz Carleton Hotel and Spa in Huntington Beach.

Does this rise to the ethical lapse of compensating Armstrong Williams for propagating No Child Left Behind or paying Iraqi journalists to report positive news to the Iraqi people? Probably not, but it is in the same ballpark.

In the travel PR world, the dynamic of quid pro quo is status quo. I remember accompanying a production team from L.A.’s KCBS-TV News magazine “Two on the Town” on a seven-day cruise aboard The WindSong through The Society Islands. It was an all-expense paid trip that resulted in multiple segments on the top-rated local early fringe TV news program. Then there was the local TV business reporter who did a three-part series on the office of the future using his own home-office for the many thousand dollar tech upgrade provided by fawning PR pros?

Is this standard operating procedure (like some foreign countries) or is the wink-and-nod practice above reproach for certain segments of the PR profession? When is it OK to wine and dine entertainment reporters on a motion picture press junket, gift a reporter an expensive consumer electronics item for review purposes, or pick up all expenses for a travel writer (or local TV anchor) on a destination “fam trip?” Should PR people feel guilty that they’re in effect greasing the wheel for positive coverage…or angry if the hosted journalist doesn’t comply? More likely the latter. Most major news organizations have specific rules on what’s acceptable and what isn’t.

You’d think all the recent noise over journalist-PR ethics would have changed things for the “back-of-the-book” segments of our industry. It hasn’t. You’d still be surprised by which news division-housed programs and mainstream publications continue to accept the in-kind handouts that PR professionals are all-too-eager to offer, in exchange for more favorable editorial consideration.