Before there was Pandora, Spotify, Last FM or even my latest fave digital music service Songza, I had the good fortune to meet and potentially collaborate with legendary New York City disc jockey Pete Fornatale who sadly and suddenly passed away this week. It was late 2004 or early 2005, and I was fed up with the fact that the music from the seminal artists of my youth was conspicuously absent from New York’s terrestrial (and satellite) airwaves. 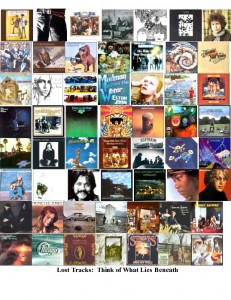 In a nutshell, we were missing WNEW-FMâ€™s album-oriented-rock format that plumbed the depths of the seminal LPs of the day. Who back then listened to just a single track from these discs? We popped â€œHouses of the Holyâ€ or â€œZiggy Stardustâ€ or The Allmansâ€™ â€œLive at Fillmore Eastâ€ LPs onto the turntable and let em spin. 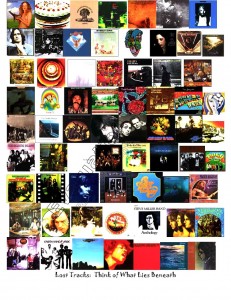 As a former DJ on my college’s FM station and head of the school’s concert committee, I decided that this sad state state of music affairs could not stand. 78 million boomers were being denied. Whatâ€™s more: those marketing to our increasingly media-splintered demographic were desperate to find ways to efficiently engage us, and in so doing capture our discretionary spending, which was estimated at $2 trillion. Purveyors of wares that included vanity and cholesterol-lowering drugs to luxury automobiles, financial services and vacation resorts would sustain the model I envisioned.

On a whim one evening, I dashed off an email to John Hogan, then U.S. head of Clear Channel, outlining a programming format that would resurrect these lost tracks and be channel agnostic. At the time, broadband penetration was low, so it was terrestrial radio, web-streaming, podcasts and satellite. To my surprise, he wrote me back right away:

“Thanks for taking the time to share your thoughts. As you might imagine we are always looking for ways to provide better content in our markets, especially New York City. I am forwarding your message to Andy Rosen and Tome [sic] Poleman, our NYC Market Manager and VP of Programming resectively [sic], so they can read your thoughts. They are the ones we charge with the responsibility for determining content in NYC and as such are better suited to respond to your comments. Thanks again for the message and keep listening to Clear Channel New York!” 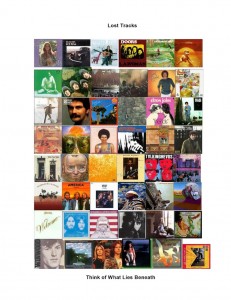 First of all, I didn’t listen to Clear Channel’s homogenized music stations.  Secondly, Mr. Hogan’s underlings never followed up. They obviously didn’t the light. I wrote John Sykes, a friend of a friend who at the time headed Infinity Radio. John also graciously wrote me back:

“Very well written. This is a dream station for me too, but it is very hard to reach a lot of people playing less familiar album track from 30 years ago. You’ll get the cool crowd, but these stations in NYC need to reach millions of people. This would be a great XM or Sirius channel… and I’d listen too! Now, why does TV suck so much too…”

Undaunted, I decided to take the concept a step further and hooked up with Peter Kauff, one of the pioneers behind the pathbreaking weekly syndicated radio show King Biscuit Flower Hour. Peter got it right away. We soon both acknowledged the need to retain a name-recognizable disc jockey who knew this music genre like no one else. We bounced around some names, but kept coming back to Pete Fornatale.

I dashed a note off to Pete, one of WNEW-FMâ€™s legendary rock DJs, who now spinned his â€œMixed Bagâ€ of music tracks at Fordhamâ€™s WFUV-FM. Pete instantly responded and agreed to meet. He was looking for a bigger stage to share this rich, but lost treasure trove of music that ushered in an era and defined a generation.

As it turns out, Fornatale lived in the next town, so I invited him to my home. He brought his wife from whom I understand he soon separated. Peer-to-peer music sharing was just ramping up. (Of course, I had to show him my digital collection.) As we sat there reminiscing in my home-office, he was clearly fascinated, if not shocked, by the abundance of freely available music online. I think Napster was on the wane, but Kazaa and Limewire were in full throttle.

Pete said he’d been forever searching for two tracks and asked if could help find them. They were: The Blues Magoos’ “Never Goin’ Back to Georgia“ and Horst Jankowski’s “Walk in the Black Forest” . Within seconds there they were, playing out on my iMacâ€™s speakers. He was astounded. We listened to those and a few of the other lost tracks I captured from back in the day. We soon shook hands and said our goodbyes, but not without him re-asserting his strong interest in playing a lead role in our music project.

Buoyed by all of this, I decided to take the concept a step further and created a PPT presentation (yes I know) complete with graphics outlining the spending power of the target demographic and including embedded music tracks. Peter Kauff and I visited my friend and another neighbor John McConnell who headed programming at ABC Radio. John invited a colleague who, after after hearing us out and one of the tracks (â€œBlossomâ€ by James Taylor), claimed that no one in California even knew who James Taylor was. Huh? (What an idiot!) John later added his thoughts:

“couple of thoughts. the concept of “deep cuts” has been tried a couple of times without much luck. wnew did it in the mid 90’s…and did not do well. there is also a required level of familiarity necessary, in my opinion, to retain a high enough level of listening to attract advertising. if our business is predicated on a few people making notes in a diary then the goal is to find the largest niche possible in an ever shrinking environment. so…i don’t think it has enough legs in terrestrial radio, but perhaps in satellite radio. just one guy’s thought. didn’t know you were a rock jock.”

The three-Petes stayed in touch for a while longer, but it was clear that these lost tracks would stay lost…for the immediate future.  As for Pete Fornatale, his passion for the music and personal warmth will stay with me forever.  He will surely be missed.