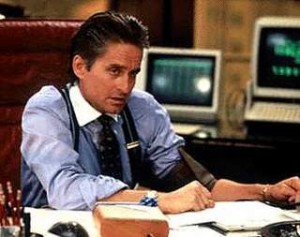 My old colleague John Castellani, president of the Business Roundtable, has his work cut out for him if you believe the front page business story by Claudia Deutsch in today’s New York Times.

In it, Ms. Deutsch, who’s used to covering heavy industry, reports on the P.R. woes of big business. She cites a plethora of studies that show a markedly negative trend in the public’s opinion of CEOs and the motivations of their companies. (Big government doesn’t escape the public’s growing mistrust either.)

Mr. Castellani had this to say:

“We don’t think it’s productive to just say society is wrong,” said John Castellani, the roundtable’s president. “A lot of pain and suffering has come from business’ wrongdoing, and we must again foster trust.”

Much of the public’s distaste for big business can be attributed to the corporate scandals over the last few years, and the newsmaking golden parachutes of ousted CEOs.

I believe, however, it also has to do with two trends: the rise and propagation of unbridled opinions from the fifth estate (the blogosphere), and the growth in PR sophistication of NGOs and other corporate watchdog groups. Wal-Mart and the big oil’s excessive profits didn’t help the reputational plight of big business either.

Nonetheless, if there ever was a reason for American business to embrace the notion of corporate social responsibility (CSR), these studies provide one. Furthermore, in watching the CEO of COSTCO on ABC’s “20/20” last week, one couldn’t have been more impressed with his (sadly) unorthodox approach to his thousands of employees. Treat them well, and thee shall profit.