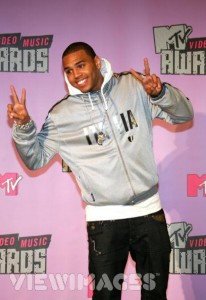 So was it worth it? Apparently so, if you believe the demos disreputably delivered to MTV’s Video Music Awards Sunday night. Sure, there were some notable highlights, including (pictured) Chris Brown’s Michael Jackson turn, but the Britney fiasco “tainted” the whole affair, and in so doing, reaped a 23% ratings surge for the network.

At first blush, it was Britney’s dazed and uninspired performance that catalyzed the conversation’s critical wrath. But afterward, A-lister Kanye cleverly chimed in (self-servingly?) to re-direct the animus away from the troubled singer and toward the network, which strategically suckered the separated singer to center stage.

“Man, they were just trying to get ratings, and they knew she wasn’t ready and they exploited her,” the 29-year-old rapper said Tuesday.

So, the first news cycle dissed Britney, but in the second, MTV drew the harsh spotlight (for which it was caught with no explanation):

Kanye hit the nail on the head, though admittedly the star must have been miffed coming home empty-handed.

“That’s two years in a row, man…give a black man a chance.”

MTV maintains its silence on the Britney exploit charge (for now), but quickly weighed in to mae sure its bread stayed buttered:

“MTV has a long and collaborative relationship with Kanye and we hope and look forward to continuing that meaningful relationship,” MTV’s statement said Tuesday.

This musical tale isn’t over. The fickle media pendulum may swing back to Ms. Spears if rumors of her pre-performance fuel-up prevail.