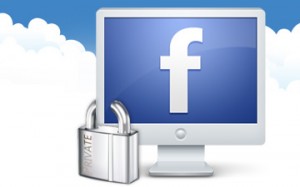 Over the long weekend, I couldn’t help but notice the incipient beginnings of a groundswell revolt percolating on the world’s largest social network.

Specifically, two wall posts caught my eye, each citing Facebook’s recent changes to its privacy settings and purported ways to protect one’s private and/or copyrighted content. The first was intended as a way to ensure that your wall posts are not shared outside of your circle of friends:

“To all my FB friends:

I want to stay PRIVATELY connected with you. However, with the recent changes in FB, the “public” can now see activities in ANY wall. This happens when our friend hits “like” or “comment” ~ automatically, their friends would see our posts too.

Unfortunately, we cannot change this setting by ourselves because Facebook has configured it this way….So I’m asking for your help. …Only you can do this for me. PLEASE place your mouse over my name above (DO NOT CLICK), a window will appear, now move the mouse on â€œFRIENDS” (also without clicking), then down to “Settings”, click here and a list will appear. REMOVE the CHECK on “COMMENTS & LIKE” and also “PHOTOS” by clicking on each one.

By doing this, my activity amongst my friends and family will no longer become public.”

This post was soon outed as a hoax, as explained by one respondent:

Posting a “privacy notice” status on Facebook is like trying to prevent an oncoming bear attack by filling a restraining order on the bear.
â€” Graham Gordon (@grahamgordon11) November 26, 2012

The second misguided post, from an AP staffer friend of mine, had more to do with ownership of the material you create on Facebook. It read:

“In response to the new Facebook guidelines I hereby declare that my copyright is attached to all of my personal details, illustrations, comics, paintings, professional photos and videos, etc. (as a result of the Berner Convention). For commercial use of the above my written consent is needed at all times! (Anyone reading this can copy this text and paste it on their Facebook Wall. This will place them under protection of copyright laws. By the present communiquÃ©, I notify Facebook that it is strictly forbidden to disclose, copy, distribute, disseminate, or take any other action against me on the basis of this profile and/or its contents.

The aforementioned prohibited actions also apply to employees, students, agents and/or any staff under Facebook’s direction or control. The content of this profile is private and confidential information. The violation of my privacy is punished by law (UCC 1 1-308-308 1-103 and the Rome Statute).

Facebook is now an open capital entity. All members are recommended to publish a notice like this, or if you prefer, you may copy and paste this version. If you do not publish a statement at least once, you will be tacitly allowing the use of elements such as your photos as well as the information contained in your profile status updates.”

This too was deemed a hoax, prompting one savvy digital media pundit to write:

“That total BS Facebook “copyright” claim? the one that’s widely discredited on Snopes & elsewhere? It’s one thing when non-industry friends post it (tiresome enough). But social media practitioners/writers/speakers/authors/columnists pasting it into their status? You guys REALLY ought to know better.”

Posting a “Copyright Notice” on your facebook does nothing to protect your privacy rights but does successfully make you look like an idiot.
â€” jordan fish (@jordanfish) November 26, 2012

In the days before Snopes, let alone the ability for false rumors to spread quickly in the digital domain, I was involved in another such misinformed groundswell movement perpetrated on a big-branded company. It involved Procter & Gamble, and the pernicious and persistent rumors that its trademark was somehow tied to the devil. Yes, satan.

Back then, we didn’t have the crowd to dispel such nonsense, and instead resorted to mainstream media monitoring to identify the geographic pockets where the rumors surfaced. We then arranged for a company spokesperson to be interviewed via satellite by local TV stations in the gullible DMAs.

As for Facebook’s privacy-remedying rumors, on which Mashable has now weighed in, the growth of such ill-conceived activity likely has something to do with user confusion over the network’s privacy policies and the new ways it intends to monetize user data and generated content (aka “stories”).

Fake privacy and copyright notices aside, I have observed some Facebook denizens complain on Twitter and elsewhere that their names have surfaced on other people’s walls as “liking” something they clearly didn’t. One politically liberal Facebook friend was shown to have liked Romney, which she said “couldn’t be further from the truth.”

Sure, we all recognize the pressure a now publicly-traded $FB is under to demonstrate shareholder ROI for its ad-driven platform, but the recent changes to its Data Use Policy and Statement of Rights and Responsibilities (SRR), has sewed confusion, which in turn has created a climate where rumors and innuendo can escalate. The company needs to be more aggressive in explaining its data privacy policies. (It may also want to offer up a better means to have questions answered than via snail mail.)