Back in the early nineties, I switched agencies and found myself conceiving PR/media strategies for various products of the Colgate-Palmolive company – from toothpaste to laundry detergent. The agency change also necessitated that I alter my personal CPG usage habits from Pepsi to Coke, P&G’s Crest brand to Colgate, and RJR’s Winston Lights to Philip Morris USA’s Marlboro Lights (or Merit) brand, among others. (Smoking was more accepted back then…especially with PM as a client.)

In my work for Colgate’s laundry products, it was validated that P&G’s Tide brand is the industry’s gold standard when it comes to getting things clean. In fact, at the previous agency, I worked on Tide’s campaign to find the “Dirtiest Kid in America,” and the promotion that put a few real diamonds in P&G’s Spic N Span boxes to celebrate the brand’s diamond anniversary. Most had cubic zirconia, but when shoppers started ripping open boxes onto supermarket floors, the widely covered promotion ended. 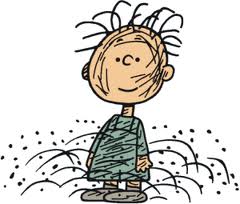 Today, a piece in New York Magazine reveals just how valuable this “liquid gold” Tide has become. The magazine reported:

“At upwards of $20 per 150-ounce bottle, Tide costs about 50 percent more than the average liquid detergent yet outsells Gain, the closest competitor by market share (and another P&G product), by more than two to one. According to research firm SymphonyIRI Group, Tide is now a $1.7 billion business representing more than 30 percent of the liquid-detergent market.”

Yet the folks in Cincinnati, who’ve seen some really bizarre things in their business lives — including P&G’s trademark being equated to satan — were probably not prepared for this. Apparently, gangs are stealing the distinctive orange plastic bottles from grocery store shelves and pawning them on the street for drugs:

“It turned out the detergent wasnâ€™t Â­being used as an ingredient in some new recipe for getting high, but instead to buy drugs themselves. Tide bottles have become ad hoc street currency, with a 150-ounce bottle going for either $5 cash or $10 worth of weed or crack cocaine. On certain corners, the detergent has earned a new nickname: â€œLiquid gold.â€ The Tide people would never sanction that tag line, of course. But this unlikely black market would not have formed if they werenâ€™t so good at pushing their product.”

Putting on my PR hat, this clearly is a most unPRecedented conundrum. It’s one thing to have a product tampered with — like the syringes found in bottles of Pepsi or urine-tainted Gatorade back when the sports drink was available in only one color… I mean flavor.  Iâ€™m not so certain how I would advise P&G in this instance, other than to leave well enough alone.

If itâ€™s any consolation, the companyâ€™s vaunted laundry detergent is being used as it was envisioned: to clean clothes, mostly. No bath salt off-label problem here.