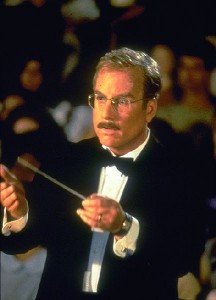 Actor Richard Dreyfuss has a new role: media pundit. The star of “American Graffiti,” “Close Encounters,” and “The Goodbye Girl” (for which he won an Oscar) takes the mainstream media to task in a Reuters piece.

“Dreyfuss is eager to point out that he is not anti-technology: ‘I’m not in love with technology and speed but I don’t want to sound like a luddite. We’ve got to be aware of the power of technology and the speed at which it allows us to transmit information. You have to encourage prose, analysis and detail — otherwise people will go to war in Iraq and Afghanistan without really knowing why.'”

“In effect, the time frame for opinion formation has been compressed — a shorter time span for ideation, response and action. Consensus is reached more quickly and the place where an idea originates is no longer a concern. The flow of information is both instant and ubiquitous.”

“The problem for society is whether leadership can survive under conditions that are influencing, perhaps even forcing our leaders to respond to measurable public demand. Would it have been possible for President Roosevelt to support the British war effort against Nazi Germany with the constant din of the media and polls overwhelmingly in favor of strict neutrality? Could President Nixon have opened the doors to a relationship with China if diplomacy had been conducted in a fishbowl?”

Today’s advice: Take the time to digest the 24/7 barrage of words and images before reaching your conclusion…if possible.