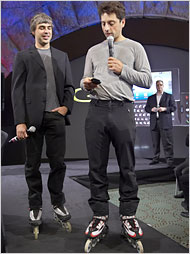 The success of most media-driven PR events is contingent on several factors:

The first two variables are relatively manageable. The third is a wild card that has been known to derail even the most mediable of media events.

As I write this, we are immersed in a near impossible news environment, one that has likely hamstrung many of you from doing your business. Take heart. You’re not alone.

The week before last, we were charged with securing media attention for a high profile two-day business gathering in New York that happened to fall in the eye of the perfect media storm. Our “competition” for New York’s bandwidth-challenged journalists included:

We nonetheless managed to generate some pretty decent coverage, but also had to explain to the client why some 40 of 100 journalists expected were no shows. (I think they understood.)

It reminded me of another news event we handled for Citibank back in the day. It featured Sir Elton John appearing alongside Citi’s CEO in Miami to announce an advertising deal with the bank. For the reveal, a local Citibank teller took the stage to present Sir Elton with his first Citicard, measuring 4 x 5 feet.

That photo and video somehow was picked up by every entertainment show, a generous swath of local TV news and newspapers. We can only wonder what might have happened without that day’s formidable competition, which included:

Yikes. Even the best laid PR plans are subject to outside disruption. Best advice in a tumultuous news environment? Take a deep breath, lay back, and try to refrain from pitching. Normalcy will soon return.