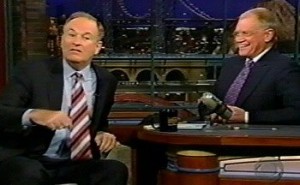 Today’s New York Times profile of CNN mainstay Lou Dobbs touches upon a subject that strikes at the heart of how public perceptions are formed. The piece looks at Mr. Dobbs’s evolution from a straight business journalist to an opinionated quasi-news personality. What does it mean for PR practitioners?

Sure, we don’t expect “Meet the Press,” “Bill O’Reilly” and “Jon Stewart” to abide by the rules taught in the nation’s J-schools. These are biased commentators whose histrionics drive ratings (and whose bosses encourage them to do so). They are in a different category from “World News Tonight,” “Headline News” or the “NewsHour with Jim Lehrer.” Or are they?

I wonder if the American people recognize the difference between news and news commentary? Do viewers of “The O’Reilly Factor,” though entertained, realize that he is not a broadcast news journalist, i.e., he won’t be winning a duPont-Columbia Award anytime soon.

From a PR perspective, the advent of commentary posing as news does make it easier to determine who’s akin and who’s against a client’s views.

“People across the country tune in to Lou Dobbs because they know their views on immigration will be presented,” said Rosemary Jenks, director of governmental relations at NumbersUSA, a policy group that favors reducing immigration. “He is a hero to a lot of people.”

Heretofore, PR pros just strived to get a fair shake, to achieve some semblance of balance. Today they can bypass “Nightline” altogether in favor of the growing number of “point-of-view journalists” residing within TV news divisions. (I haven’t even mentioned the myriad “point-of-view” bloggers.)

When this administration wants to mount a full court press on public opinion, it doesn’t take rocket science to figure out which outlets will be the most receptive, i.e., less hampered by the tenets of good journalism.

Perhaps TV news executives should look to their print counterparts, which clearly differentiate their opinion pages from their news holes? These execs could start by extricating this brand of TV programming from their news divisions and place them in a new “commentary” category that falls somewhere between news and entertainment.