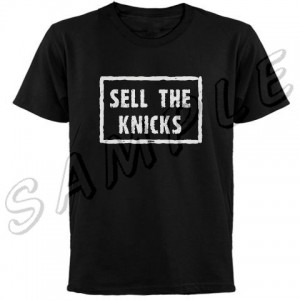 If you’re a New Yorker or more specifically, a New York Knicks or Rangers fan, chances are you have little love for the owner of those once-vaunted professional sports teams.

Conversely, if you are the PR person charged with maintaining a decent public image for that owner, you have a quixotic challenge on your hands given the futility of these teams under your employer’s reign.

Now I know the CVC PR people fairly well. They’re a most adept group. Hence, I was surprised to see the report from a (rightfully) disgruntled New York Post sports columnist about the media “relations” strategy used to soothe Jim Dolan’s explanation of his unceremonious canning of his (also) once-vaunted NBA coach, Larry Brown. The disrespected columnist bristled:

“One of his favored flacks was probably up all night trying to form Dolan’s rambling incoherencies into that rationale, which gives you a headache just pondering it. What Dolan is really trying to do is control his message, as addled as that message may be…

And so he excluded the columnists, and the TV commentators, and all the others who, in Dolan’s enfeebled logic, spread lies and half-truths about his franchise. The last organization to try and succeed using these methods were the Bolsheviks, and they never came close to winning a championship, either.”

This strategy to only talk to “to the seven men who cover the Knicks as a daily beat for newspapers,” in my mind, was ill-conceived (as we now know from the visceral reaction by the disenfranchised journalists). Banning bona fide journalists or creating a media pecking order for coverage of an important piece of news will almost always backfire. Even the composition of the White House press corps is somewhat democratic.